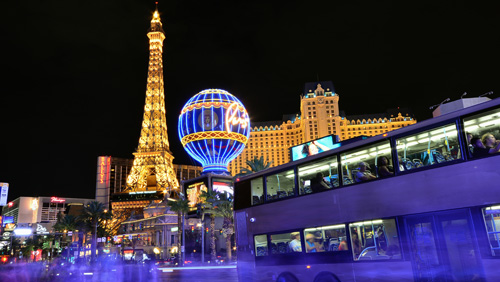 Nevada casinos are on a winning streak. For the fifth consecutive month, gambling houses in the state have reported gross gaming revenue (GGR) increases, the latest being a 4.2% increase for June. In the monthly report by the Nevada Gaming Control Board (NGCB), the state agency indicated that casinos took in $933 million last month.

Reno, Nevada, known as “The Biggest Little City in the World,” played a significant part in increasing July’s GGR. Reno-area casinos took in $59.4 million for an increase of 20%. Casinos along the Las Vegas Strip, always a favorite location for gamblers, reported an increase of 5% over June 2017, taking in $524 million. The one area that took a hit was Downtown Las Vegas, which raked in $44 million—a decrease of 4.4% over June of last year.

With the end of the month comes the end of the fiscal year. GGR for the year increased 3.2% to reach $11.8 billion, of which $6.6 billion was collected by casinos on the Strip. This was 2% higher than what the same casinos reported for the previous fiscal year.

Slot machine revenue declined by 3.3% in June, taking in just $472.5 million. Most terminals, including megabucks machines and $5, $25 and $100 terminals, all reported losses. Penny slots lost 1%, while quarter slot revenue dropped by 3%. Oddly enough, nickel slots saw an increase, jumping 13% to bring in $39 million.

Nevada can thank table games for its continued winning streak. While slots revenue dropped by 1.2%, table games revenue increased by 15%. According to the NGCB, table games attracted $339.8 million.

While the month didn’t bring in $1 billion, as was seen in the first four months of the year, it was still an impressive run and is part of a larger trend. According to a recent report by CDC Gaming Reports analysts Ken Adams, GGR across the country has increased almost 3% this year.

It will be interesting to see if Las Vegas can continue the trend for a sixth month. The WSOP summer games in Sin City may make or break the state’s goals, but we will have to wait to see the results in the next NGCB report.