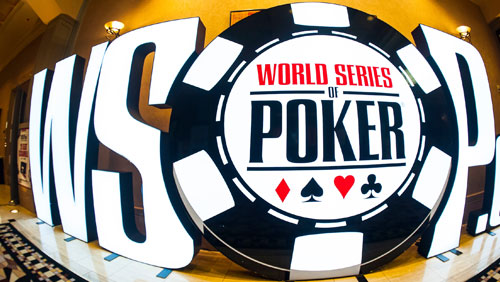 The 49th Annual World Series of Poker turned out to be another record-breaker, creating a whole host of records including most entrants, most significant prize pool, and the highest number of millionaires.

As I write this, Tom Dwan is ordering a coffee, giggling with Gabe Patgorski and Peter Jetten.

I wonder how many World Series of Poker (WSOP) bracelets Dwan could have won if he decided to make bracelet hunting his passion. What if he had decided to create a legacy of a public nature instead of a private one.

We will never know.

But I do know this.

The 49th Annual WSOP was another record-breaker.

I know this because the email that landed in my inbox this morning said: It was a record-breaking summer.

I can’t remember the last time I received a post-WSOP analysis that wasn’t a record-breaker.

A record 123,865 entrants (+2.4% YoY) turned up from a record 104 different countries, and bracelets ended up on the wrists of people from a record 18 individual countries.

As you would expect, the US (89,533) and Canada (5,128) led the way with the number of entrants, but the UK made a sterling effort of threatening Canada’s grip on that second spot with 4,534 entrants, vastly more than any other nation outside of North America.

The Chinese won three bracelets, after only winning one in the previous 48-years (Yueqi Zhu won the $1,500 Mixed PLO/NLHE Hi-Lo/Big O, Longsheng Tan destroyed the field in a $1,500 NLHE event, and Guoliang Wei won the Little One for One Drop).

Chris Ferguson and Barry Greenstein tipped over the 100 cash mark. Phil Hellmuth extended his all-time cash record (138) and won a record 15th bracelet in a $5,000 NLHE event. Joe Cada, Justin Bonomo and Shaun Deeb won two bracelets each, the latter going into the World Series of Poker Europe (WSOPE) in Rozvadov with the lead in the Player of the Year race.

A record 28 players won $1m or more, the average first prize was $655,337, and the average field size was 1,588 entrants. The WSOP does have more to do when it comes to attracting more females (maybe they can start by NOT putting the final table of the Ladies Event in a corner with baby).

95.14% of entrants were male, 4.86% were female, and the average age was 42.27, showing that despite numbers improving the youngsters are not putting in the time.

The 7,874 entrant field (9% YoY) was the biggest since 2006, as was the $74,015,600 prize pool. A ballsy effort considering online tributaries are much reduced since Black Friday, showing that live poker has found a way to thrive against a significant obstacle.

The 4,571 entrants that competed on Flight C was a record, as were the 1,182 players who received a return on investment. The oldest player to compete was John Olsen, 88, nine years younger than the record holder Jack Ury.

The WSOP also raised $2,790,008 for charity due to their affiliation with the One Drop Foundation, and that doesn’t cover the hundreds of thousands donated by players via personal means, including Justin Bonomo who gave $75,000 of his One Drop win to effective charities.

Ty Stewart who had a deep run in the Employee Event rounded things off nicely when he said:

“Thanks to the loyal players that make it out to Las Vegas every summer.”

And thanks to the WSOP for putting on a show that keeps them coming back.