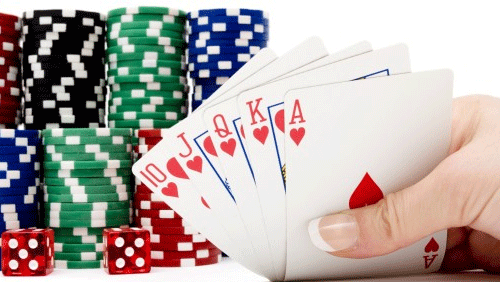 Jamie Gold, Brad Garrett, and Liv Boeree are all in the news this week, combining their pleasure for poker with a philanthropic touch driven through The Giving Back Fund, Maximum Hope Foundation, and Raising For Effective Giving.

It seems poker and charity goes together like Ross and Rachel.

The latest collaboration sees The Giving Back Fund using poker as a way to raise funds during the eighth annual Big Game Big Give Superbowl party held February 4, 2017.

Michael & Liza Holthouse will host the event at their Houston estate. Michael is the founder of the computer network services company Paranet and now acts as Chairman of the non-profit Holthouse Foundation for Kids. His wife, Lisa, also supports the non-profit.

And they must have a pretty big house.

The 2006 World Series of Poker (WSOP) Main Event winner, Jamie Gold, has joined the party and will host a VIP Celebrity Poker Game. The buy-in is $2,000, and there is a 160 player cap on the event. Gold will also be donating his time as a poker coach, dishing out his “Million Dollar Secrets of the Pros.” The top 20 players will receive a special chipset and autographed BBO Poker Table.

The event is said to have set Super Bowl fundraising records in the previous two years.

Charity also reared its beautiful little head in Florida this past week.

The poker room contains 46 tables, chandeliers, private salon, large screen TV’s for the sports, and a special snack area for the players. The poker room also has its own car park to avoid traipsing through the casino, if you are willing to pay the $10 fee.

To celebrate the opening of the new room, Garrett hosted a special charity tournament raising $10,000 for his Maximum Hope Foundation; a charity created to provide help and support to families caring for children with life-threatening illnesses.

Raising For Effective Giving to Host Charity High Rollers in 2017

I guess the only question to ask is why it has taken so long?


Liv Boeree took some time out from the recent PokerStars Championships in the Bahamas to speak to Pokerfuse about her love for effective altruism and said that Raising for Effective Giving (REG) plan to host some fundraising High Rollers in 2017.

With the likes of Igor Kurganov and Philip Gruissem on the board and a whole host of wealthy businessmen eager to mix philanthropy with their love of the game, it does present a great opportunity for the likes of REG to create large chunks of change in one off events.

Boeree pointed to the sterling efforts made by the WSOP and The One Drop Foundation as the way to do business. The full interview can be read right here.