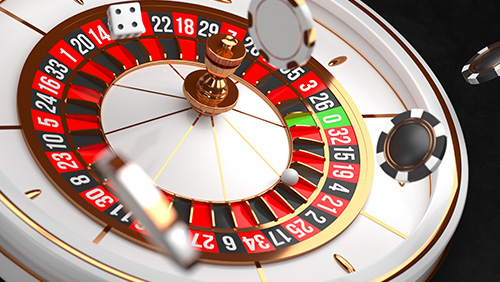 Now that Indiana has eased up on its casino laws, the landscape in the state is going to change — both figuratively and literally. According to Inside Indiana Business, a plan by Spectacle Entertainment to build a Hard Rock-branded resort in the city of Gary could get underway as soon as this September, provided all construction and business permits are secured in the next month.

Spectacle wants to build two Hard Rock casinos in Indiana, one in Gary and the other in Terre Haute. While the Terra Haute project has to be kept on the back burner for now, the Gary venue is forging ahead. The company told members of the Gary Plan Commission (GPC) last week that it wants to put a $400-million, 200-square-foot facility on a vacant lot close to the Borman Expressway, adding that, if construction begins soon, it could be ready by New Year’s Eve rolling into 2021. The casino would come first, and then a new hotel and parking garage would be added within one to two years.

John Keeler, the VP and general counsel for Spectacle, states, “We originally envisioned to do that all in one fell swoop, but then along came Illinois [casino expansion] and that sort of set us back on our heels a little bit. But we’re committed to this project and committed to doing it in two phases.”

From the looks of things, the GPC members — and Gary Mayor Karen Freeman — like the proposal. The commission unanimously approved the construction of the casino last Tuesday and the mayor is confident that the venue will be an important addition to the local economy.

Part of the casino changes authorized by the state includes the relocation of Spectacle’s riverboat casinos to dry land. The company has offered two floating casinos new Buffington Harbor, and the new Hard Rock Casino Gary is designed to use one of the two gambling licenses.

The Hard Rock Gary would be the second-largest gaming venue in the region. It is expected to include the iconic Hard Rock Café, Hard Rock Live concert hall, gambling, restaurants, bars and a sportsbook. The Gary Board of Zoning Appeals is expected to take a look at the new venue’s construction requests beginning Tuesday.