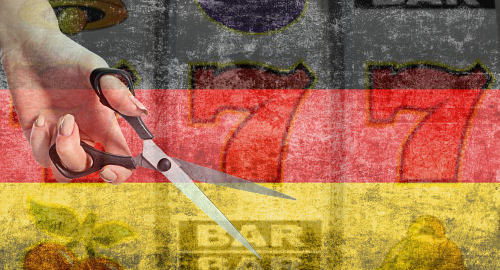 Online sport betting operators interested in acquiring a new German license will have to demonstrate that they have no connection to German-facing online casino operations.

Earlier this month, the Regional Council of Darmstadt in the German state of Hesse – which has been tasked with overseeing Germany’s perpetually awkward transition to a regulated online betting market – issued guidelines for companies interested in applying for a German sports betting license.

Among the criteria for online betting license eligibility is a declaration that any company that receives a new German license won’t “operate or broker unauthorized gambling in Germany, either themselves or through affiliated companies, once the license has been granted.”

Germany’s states approved a stopgap federal gambling treaty in March that will allow operators to apply for sports betting licenses later this year. The licenses are expected to be issued starting January 1, 2020, but these licenses will only be valid until June 30, 2021.

By the time that mid-2021 deadline expires, the states hope to agree on a more permanent gambling treaty that may or may not include online casino options, which are currently illegal outside the state of Schleswig-Holstein. (That state’s online gambling licenses expired earlier this year, but were reinstated in June with new restrictions on marketing to other German states.)

The current plan is for all 16 states to submit their respective proposals for the permanent gambling treaty by October. The state of North Rhine-Westphalia has already proposed an opt-in/opt-out model under which each state would decide whether or not to permit online casino licensing.

Trouble is, whatever new system emerges is likely to face the same type of legal challenges that doomed the previous treaty, whether by international online operators displeased with limits on their offering (including the stopgap treaty’s ban on in-play betting) or domestic lottery monopolies dissatisfied with a reduced level of protectionism.

Despite being tasked with overseeing a national regulatory regime, Hesse’s interior minister Peter Beuth has vowed that his state will go it alone if “reasonable regulation” isn’t agreed upon by all 16 states. Beuth has dismissed other states’ preference for maintaining a “nonsensical total ban” on online gambling, saying the only reasonable way forward is “a free but enforceable regulated gambling market.”