Home / Casino / Macau watching junkets, but Suncity not under investigation 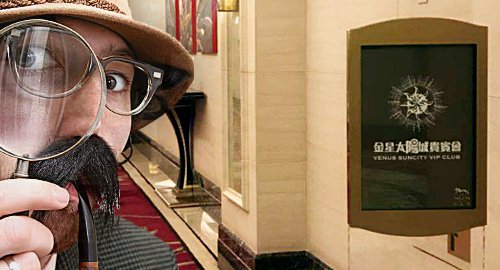 Macau is putting its junket operators under tighter regulatory scrutiny following Suncity Group’s week to forget, but have so far found no major infractions.

Chans later told GGRAsia that the VIP rooms targeted for these spot checks included some run by the Suncity Group junket, which reportedly controls over 40% of Macau’s VIP market. Chans told TDM that neither Suncity nor its chairman Alvin Chau were currently under investigation by authorities in either Macau or mainland China.

The July 10 inspections came one day after a Chinese state-run newspaper accused Suncity of being among the biggest operators of China-facing online gambling sites. With the exception of the official lotteries, all gambling is strictly prohibited on the mainland.

Suncity issued a denial of the claims made in the report, but the DICJ summoned representatives of Macau’s junket and casino operators to remind them of the illegality of online gambling within Macau. Suncity’s Chau staged a press conference on Saturday to repeat his company’s denials of illegal activity, while pledging that it would now conduct all its global operations based on what was and wasn’t legal in Macau.

Suncity operates VIP rooms in other Asia-Pacific casino markets, including the Philippines, which at one point was said to derive half its gaming revenue from proxy betting, in which a customer on the Chinese mainland can wager through a proxy seated at the gaming table who relays real-time card information by phone or video feed.

Macau formally prohibited proxy betting in its VIP rooms way back in 2016, although stamping out the activity completely proved tougher than simply issuing the order. The use of livestreaming via social media such as WeChat has become common among illegal proxy betting operations.

Junkets are under pressure at the moment as Macau’s fabled VIP gambling market continues to shrink. This week, the DICJ revealed that VIP gambling revenue declined nearly 16% year-on-year in the second quarter of 2019, making the second consecutive quarter in which mass market gaming has claimed a larger slice of the market than VIP.