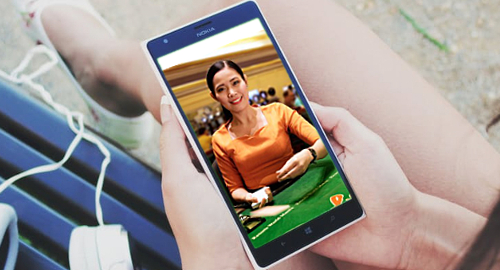 On December 13, Macau’s Judiciary Police (PJ) raided a residential building in the ZAPE area where three suspects were arrested for operating an illegal online gambling operation. The ring reportedly used the WeChat social network to livestream action from a lone baccarat table in an unspecified Philippine casino to their customers.

Police said the ring had apparently been in action for at least one year and had earned around HKD 2m (US $266k) in ill-gotten proceeds via the Alipay payment processing channel. Police, who believe the group was controlled by an international syndicate, seized a variety of phones, computers and other tools of the illegal trade.

WeChat has become a popular method of delivering illegal online casino services to gamblers, particularly those living on the Chinese mainland, where gambling is strictly forbidden. Macau authorities have disrupted multiple WeChat-based operations this year, including the most recent bust in October.

The rise of WeChat-based online gambling rings is at least partly attributable to Macau imposing a ban on so-called proxy betting, in which mainland gamblers used to be able to wager on baccarat play via voice communications from trusted proxies seated at Macau VIP gaming tables.

On the same day that Macau’s PJ were leaping into action, Philippine police in Cebu City were arresting 14 Chinese nationals for operating an illegal online numbers ring out of a private house in a local subdivision.

Acting on a tip, police put the house under surveillance for one month before tightening the noose last week. However, the gang’s alleged ringleader, a Chinese national named Chih Hao Huang, wasn’t in the house at the time of the raid and remains at large. Chinese authorities have been alerted regarding the arrests and to be on the lookout for the fleeing ringleader.