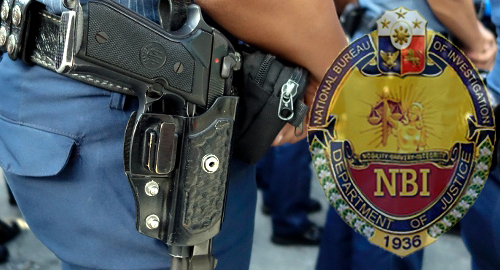 For the Philippine-based gambling sector, the National Bureau of Investigation (NBI) wears both white and black hats, although you may want to ask the black-hatted ones to show you their badges.

This week, local media reported that NBI agents had arrested eight Chinese nationals and one Filipino who the authorities claim were responsible for kidnapping a Chinese casino gambler who couldn’t repay the money they’d loaned him.

The Chinese national had been gambling up a storm at the Okada Manila casino when his luck ran out, after which he borrowed an unspecified sum from the gang of loan sharks. When he lost this borrowed loot and couldn’t repay, he was taken to a safe house in a Manila suburb.

The gang then contacted the gambler’s wife back home in China, demanding that she pay P2m (US$39k) in ransom to secure his safe return but she could only muster up one-quarter of this sum. The kidnappers put her hubby on the phone to convince her to send more cash, and he was able to transmit the GPS data on his phone that enabled the NBI to raid the house in which he was being held, resulting in his rescue and the arrests of his captors.

Loan shark and kidnapping stories like these are legion in the Philippines, and some of them have included far more violent details. Last month, the NBI issued a warning to gamblers to steer clear of anyone on a casino property offering to lend you money.

But the NBI might also warn the public not to trust anyone who claims to be from the NBI. The Manila Times reported Monday that the NBI had arrested three Manila residents—including a former Army captain—who’d been posing as NBI agents in order to shake down Philippine-based online gambling operators for money.

The extortion scam was reportedly organized by a former driver for the owner of an unspecified online gambling firm. The gang sent the owner a letter demanding payment of P50m ($980k) and threatening an NBI raid on the owner’s gambling operation if the money wasn’t delivered.

Smelling a rat, the owner contacted the NBI, who set up a sting to catch the three NBI impostors, who are now facing charges of robbery, extortion, usurpation of authority, possession of firearms and explosives (a hand grenade) as well as possession of methamphetamine.