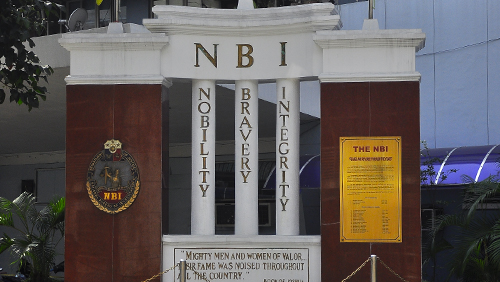 Just because someone is friendly and offering you money doesn’t mean they are your friend. As a good example of that lesson, visitors to casinos located in the Philippines should be wary strangers offering loans, the National Bureau of Investigation (NBI) warned on June 7, as reported by the government outlet Philippine News Agency.

Specifically, there’s a risk that gamblers, and particularly tourists, might be kidnapped if they are unable to pay back their loans. Ferdinand Lavin, an NBI spokesperson, advised the public that if a money lender approaches them, “people playing in casinos should approach the hotel staff and security for help immediately.”

This reminder comes fresh off of the arrest of six suspects, five Chinese and one Filipino-Chinese, on charges of kidnapping and holding three people in Parañaque City, an area of the Metro Manila area in close vicinity to the Entertainment City. They were demanding their hostages pay PHP7 million ($130,000), the amount of their loan plus interest.

Three of the suspects were arrested in a sting operation. The other three tried to spring their friends from jail by offering a large bribe to the NBI Cyber Crime Division, and were then also arrested.

This isn’t the first time the Philippines have had to contend with tourists or gamblers being abducted. In 2017, 44 were arrested when the Philippine National Police (PNP) and Bureau of Immigration (BI) were investigating the kidnapping case of Wu Yan, a Singaporean citizen who was forcibly abducted while visiting the Solaire Manila integrated resort. That group was also accused of being loan sharks.

After Wu was unable to identify 30 of the suspects, they were released, while the other fourteen continued to be prosecuted.

Vigilance against these types of kidnappings, and encouraging the public to keep their wits about them, are important steps for the NBI to take, but ultimately it’s on each individual to be alert to their surroundings and not give potential kidnappers a chance to grab them. As my wife would been keen to remind me (myself being a foreigner in Manila), a kidnapper doesn’t need a reason like a loan to grab you, they just need a hope of being paid a ransom for the effort.