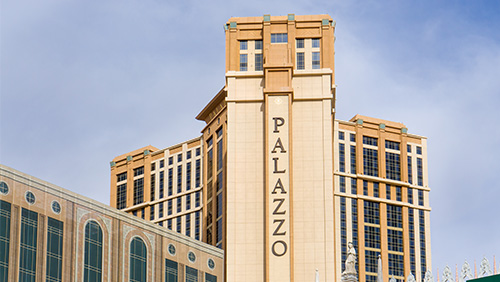 Las Vegas Sands has tapped former New York Governor David Paterson to be its VP. Paterson ran the state from 2008 to 2010 and, earlier this year, was picked up by Sands as an advisor. His

appointment as VP shouldn’t be too surprising, as Sands is hopeful that his political connections can convince the current administration in the state that it’s time to open its commercial casino market.

Sands has asserted that New York State needs to consider expediting its expanded gambling operations. There are four casinos in upstate New York and three others will be allowed around New York City, but those three won’t be able to launch until 2023 per the state’s constitution. Sands chairman and CEO Sheldon Adelson is pushing for a truncated timetable, asserting that a casino somewhere around New York City could produce as much as $1.5 billion in revenue, which could help improve public transportation and education.

Adelson is a die-hard Republican, donating millions of dollars to President Trump and various Republican causes. The fact that Paterson is a Democrat apparently didn’t dissuade the billionaire from deciding to bring him on board, and Paterson isn’t concerned about the political differences, either.

Speaking to the New York Post, Paterson asserted, “I think I’m doing what more Americans need to do right now. Mr. Adelson has a First Amendment right to vote for whoever he wants to vote for president and to spend his money giving contributions to whoever he feels would be the best candidate.

“The acrimony that builds every day more and more between the two parties, I think this is a real example of what used to happen in this country where people didn’t even think about their political affiliations when business opportunity came through because business is about respect and as long as I feel respected, then I can work there.”

While Sands believes that a new casino around New York City could raise billions for the state and create thousands of jobs, New York’s current governor, Andrew Cuomo, isn’t as convinced. He has been against gambling expansion and said earlier this year, “I am very skeptical about some casino deal put together by casino operators promising billions of dollars and everybody’s happy.”