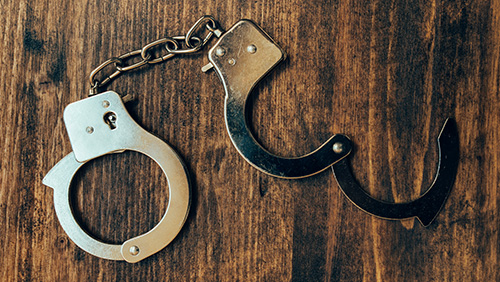 It “only” took three years, but law enforcement officials in Texas finally busted an illegal gambling operation. The Bexar County Sheriff’s Office (BCSO) learned of a suspected illegal gambling house three years ago and subsequently launched surveillance on the location. They finally swooped in Saturday night and the culmination of the hard work and investigative efforts resulted in the arrest of one female suspects.

According to MySanAntonio.com, the illegal gambling house was running at a rural location that had been infiltrated by undercover BCSO officers. The police force raided the facility Saturday night at around 10 PM, seizing an unspecified amount of money and a number of slot machines, and arresting one of the operators, eventually identified as Tammy Rae Tankersley. There were allegedly two masterminds behind the operation—both female—but no information has been provided on the other.

Tankersley is now charged with three misdemeanor counts, as well as one felony count of possession of a controlled subject, possession of a gambling device, promoting an unlawful gaming establishment and keeping a gambling house.

Bexar County’s Sheriff, Javier Salazar, explained, “It’s a pretty ramshackle building, very ragged inside. But it’s lined completely wall-to-wall all around the building, both major rooms, with very bright colored gambling devices, slot machines. We’ve got to follow a paper trail to make sure and find out who the owner is, but the person in charge of the property tonight is going to jail,”

Tankersley wasn’t alone when the raid took place. She was entertaining a packed house of “a couple dozen patrons,” according to the BCSO, all of whom will be cited for illegal gambling, which is a misdemeanor in Texas.

The investigation reportedly took three years because of the anti-gambling sentiment in Texas. Since virtually all types of gambling are outlawed, illicit operations are paranoid and don’t open their doors to just anyone. Trust has to be established first, and Salazar explains, “The issue with a lot of these locations is it’s difficult getting in. They’re very exclusive about who they let in, not very trusting of who they let in.”

Texas is one of the most anti-gambling states in the U.S., thanks to some deep-pocketed lobbyists who want to keep their casinos and gambling venues protected. However, the state allegedly also has one of the largest concentrations of illegal gambling facilities because of the laws and these are doing more harm to consumers than would legal operations.