Soccer club FC Barcelona out of Spain has signed a unique partnership deal that will provide a serious amount of exposure for an online gambling provider. The club has entered into a sponsorship deal with online gambling operator 1xBet that will last for the next five seasons and see the operator brag of being Barcelona’s official Global Partner. The two entered the agreement as of July 1. 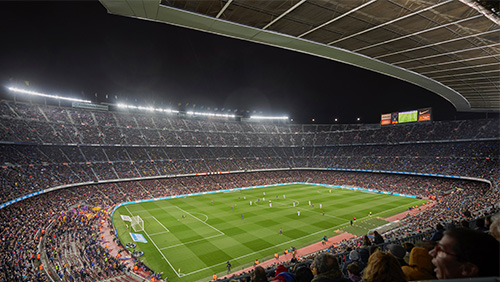 Barcelona announced the new deal through its website, stating that it is part of the club’s “global expansion strategy.” It adds that the goal is to team up with the best partners across different industries to help keep it at the top of the charts “not just on the field of play but also in terms of sports sponsorship and marketing.”

Included in the agreement will be the use of both entities’ assets, including Barcelona players in order to develop marketing campaigns and promotional material. Josep Pont, who sits on Barcelona’s board of directors, states, “We are convinced that this deal with 1xBet will help us to continue to grow both on and off the field. This deal consolidates our global expansion strategy and we are sure that it will help us to connect with new sports fans all around the world.”

1xBet has been around for more than 12 years, offering gaming operations and technology around the world. It has offices across Europe, Latin America and Asia, and already has several sponsorship deals with entities such as Serie A and Tottenham Hotspur, among others, according to the announcement. It offers pre-match and live odds and also has a range of online slots, table and live casino games.

1xBet spokesman Alex Sommers adds, “We are very pleased to reach an agreement with one of the best clubs in the world. We are certain that 1xBet has something to offer to all FC Barcelona fans. We expect that the cooperation of two world-class brands will be lucrative for both parties. Barcelona’s slogan is ‘More than a club’ and we hope that over the next 5 years, the fans will come to realize that 1xBet is more than a bookmaker.”