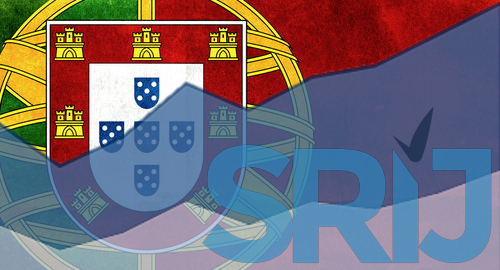 Portugal’s regulated online gambling market started 2019 off with its best quarterly performance to date, thanks to players having a greater number of online options.

The sum is a hefty 43.8% improvement over the same period last year, €4.3m higher than the market reported in Q4 2018 and a new record high since the regulated market launched in May 2016.

The gains were at least partially attributable to Portuguese punters having an increased number of locally licensed options. As of March 31, the SRIJ had issued licenses to 10 different companies, three more than at the end of Q1 2018. These companies held a total of 16 licenses (seven for sports betting, nine for online casino/poker).

Poker, which falls under the ‘games of chance’ designation, generated a combined 13.9% share, with cash poker games (8.9%) outperforming tournaments (5%). The overall poker share has fallen each quarter since posting a 20.4% share of online casino revenue in Q2 2018.

The poker vertical will likely get a slight boost in the coming months as 888 Holdings – which only received its Portuguese license in January, joining PokerStars as the market’s only poker licensees – recently received the SRIJ’s permission to share international liquidity with its operations in France and Spain.

The market’s expanding number of online options resulted in a surge of new player registrations in Q1. The SRIJ’s licensees reported 125,200 new customer signups during the quarter, compared with 89,500 in the same period last year. Around 318k customers made at least one online bet during the period, around half of which bet exclusively on sports, while one-third bet exclusively on casino games.

The SRIJ’s list of approved operators has continued to grow since the end of Q1, as GML Interactive Ltd (a division of the Stoiximan Group) received online sports betting and casino diplomas in May to operate in Portugal under its Betano brand.

Meanwhile, the SRIJ is continuing its efforts to stamp out internationally licensed operators who serve Portuguese punters without local permission. The SRIJ issued 49 GTFO notices to these international interlopers in Q1, while local internet service providers were ordered to block 30 offending domains.

This spring, the Portuguese Association of Gambling and Online Games (APAJO) released a market survey that estimated local online gambling market penetration at between 4.6% and 6.9% of the country’s adult population. This compares favorably with the rates in France (5.1%), Italy (4.3%) and Spain (3.7%), while ranking well below the UK’s 17% rate.

The average Portuguese punter reportedly spends 2.4% of their annual income engaging in their online gambling activity, equal with their Spanish counterparts, more than France (1.8%) but less than Italy (3.3%) and the UK (2.8%).

The Portuguese government’s share of Q1’s online gambling bounty was also up significantly, rising nearly 31% year-on-year to €14.4m. While industry groups continue to lobby the government to rethink its prohibitive tax regime, the government has so far resisted such proposals, although it did commission a working group this spring to study the issue. Again.