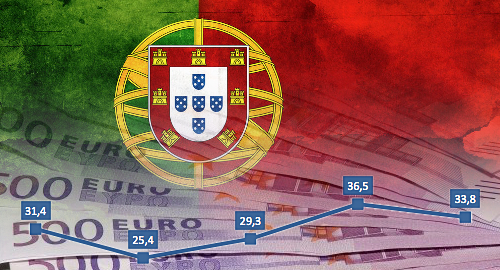 Portugal’s regulated online gambling market relied on its online casino vertical to provide a year-on-year boost in the first quarter of 2018.

The sum is €2.5m higher than the same period last year, but €2.7m lower than the market reported in Q4 2017. Portugal launched its regulated market in May 2016 and has since issued five online sports betting licenses, seven online casino licenses and one online poker permit (the latter to The Stars Group’s PokerStars brand).

The government’s share of this pie amounted to €11.2m, roughly one-third of the total. It’s worth reminding everyone that Portugal taxes its online sportsbooks at an average rate of 12% of betting turnover, not revenue, which has contributed to the regulated market’s inability to ‘channel’ punters to locally licensed sites.

The online sportsbooks had a quiet Q1, generating revenue of €17.4m, essentially flat year-on-year but over €3m less than in Q417. Football remains the dominant betting sport, accounting for over three-quarters of betting turnover, followed by basketball (10.6%) and tennis (9.6%). The Winter Olympics appear to have given hockey a rare boost, increasing its share to 2.9%.

The online casino vertical (including poker) generated revenue of €16.4m, up 18% year-on-year, thanks in part to the SRIJ issuing three additional casino licenses since Q117. This quarter’s casino revenue was also €1m higher than Q417’s total.

Poker claimed a much larger share (cash games 19.7%, tournaments 6.7%) in Q4, but help may be on the way. On Thursday, The Stars Group announced that Portugal would be joining the cross-border liquidity pool that PokerStars launched last year with its French- and Spanish-licensed sites.

Portugal’s online market welcomed 89,300 new customer accounts in Q1, about 22.6k fewer than signed up in Q117. Total registrations hit 890k, of which around 2.4% have opted to self-exclude due to issues with problem gambling.