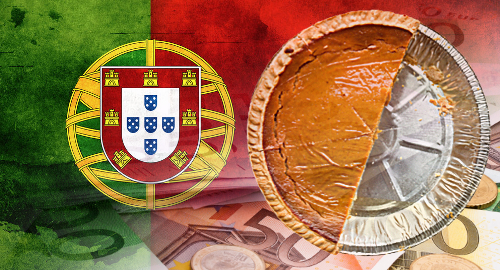 Portugal’s regulated online gambling market may have had a hard time attracting interest from operators, but the government is ensuring it’s getting its pound of flesh regardless.

Portugal issued its first official online gambling license to French operator Betclic Everest in May 2016. Since then, only five more licenses have been issued, and some of those have been issued to the same operators for different online gambling products. There are currently only four separate companies legally plying their trade online in Portugal.

Last week, the Serviço Regulação e Inspeção de Jogos do Turismo de Portugal (SRIJ) regulatory body issued its first official quarterly report on how its online market is faring. The report covers not only the first three months of 2017 but also the second half of 2016.

Portugal issued its first online casino license to local land-based casino operator Estoril Sol on July 25, 2016 and the online casino vertical – into which the SRIJ lumps poker – has generated revenue of €25.1m between then and March 31, 2017. The casino vertical has picked up significantly since the new year began, generating nearly €14m in Q1, an improvement of over 50% from Q4.

Subdividing this casino pie reveals that slightly over one-third of revenue came via slots, while poker cash games claimed a 23.7% slice, narrowly edging out French roulette (22.1%), followed by blackjack (11.1%) and tournament poker (9%).

POKERSTARS DRIVES CUSTOMER SIGN-UPS
Portuguese-licensed sites have signed up over 523k customers since the market launched, with new registrations peaking in Q4 at 267,500, likely due to November’s launch of Amaya Gaming’s PokerStars brand. By contrast, only about 112k new accounts were opened in Q1 2017.

As of March 31, the number of gamblers who’ve requested self-exclusion from Portuguese-licensed sites is 11,300, or roughly 2.2% of the total number of players. Of these, around 2k had gone on to rescind their self-exclusion request.

The SRIJ admits that it’s tough to draw broad conclusions from a market in which so few operators are offering such a limited palette of products. To date, no one has applied for online bingo or horserace betting licenses. Portugal plans to reassess its regulatory environment in May 2018, two years after its first licensee launched.

GOVERNMENT DO TAKE A BITE, DON’T SHE?
Portugal’s government has been widely criticized for setting its online gambling tax so high – particularly in sports betting – that most operators have refrained from even considering applying for a local license. Of the €82.2m in revenue the market has generated to date, the government’s tax share came to €40.1m.

The SRIJ also continues to target operators serving the market without authorization. The SRIJ has sent cease-and-desist notices to some 220 international operators and issued 146 domain-blocking notifications to local internet service providers. The government has reportedly initiated nine cases of criminal proceedings against operators who’ve show a lack of interest in the SRIJ’s edicts.