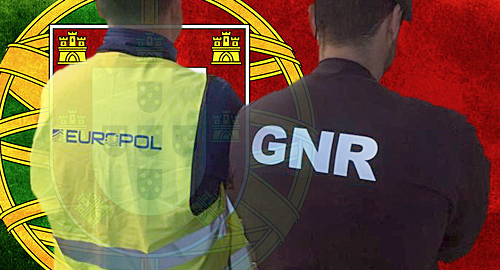 Pan-European crime fighters Europol and Portuguese authorities have teamed up to take down a illegal cross-border online gambling operation.

On Friday, Europol announced a series of raids in Portugal and Luxembourg earlier this week that resulted in the arrests of 31 individuals. The arrests followed a 15-month investigation dubbed Shadow Game that targeted an illegal sports betting and lottery operation which reportedly earned illicit profits of €80m before the whip came down.

Europol said this ring was “a structured and hierarchical transnational criminal organization” with a presence in Belgium, Luxembourg, Portugal and Switzerland. Their illegal business was “active in the field of servers and software for the development of games of chance, lotteries and sports betting.”

The suspects’ alleged goal was to “obtain and maximize illicit revenues by dividing them along the chain of operators and reinvesting them in economic sectors and licit enterprises.” In addition to those unfortunate enough to have been arrested, Europol has indicted 93 other individuals – including some based in Brazil – as well as 14 commercial companies.

Portugal’s GNR police agency helpfully added that seven of the individuals arrested were caught “in flagrante delicto,” i.e. actually committing the crime for which they were targeted. The suspects face a host of charges including illegal gambling, criminal association, tax fraud and money laundering

Apart from the human cargo, Europol and its partner agents seized €576k in cash, along with bank accounts and other “criminal assets” worth around €6m. These assets included around 3k “computer devices used for illegal gambling,” 22 firearms and 86 vehicles, “including several luxury vehicles.”

Portugal launched its regulated online gambling market in June 2016 but its high tax rate has limited the appeal for locally issued licenses. There was brief hope last month that the government would switch to an online gambling flat tax but these plans failed to make it into the government’s 2019 budget plan.