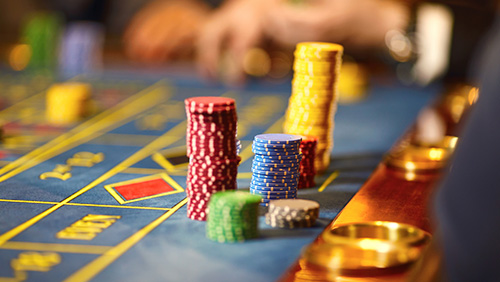 Gambling operators in Sweden still aren’t getting the message. The country’s gaming regulator, Spelinspektionen, has a strict stance on what is and isn’t allowed and has already busted more than a few companies for breaking the rules. It isn’t loosening up its grip on the activity, either, and has now fined two more operators for their inability to adhere to regulations. Betsson and SkillOnNet have become the latest targets of Spelinspektionen’s wrath after they were found to have violated Sweden’s bonus offers rules.

According to a notice on the regulator’s website, Betsson’s NGG Nordic Ltd. has received a warning and is being forced to pay of fine of about $2 million for offering “weekly surprises, cash prize draws, travel and free spins, bonuses, rewards [and] free games to loyal players.” Spelinspektionen adds that NGG Nordic has been offering the activity for the past four months, despite the fact that the new gaming laws were implemented six months ago.

In the case of SkillOnNet, the operator offered “daily bonuses, monthly rewards, free spins, cashback and VIP packages.” It has also organized an online lottery, for which it doesn’t hold a license. As a result, it also received a warning and is going to have to fork over $1.5 million in fines. SkillOnNet is behind several brands in Sweden, including PlayOJO, Mega Casino and VegasWinner.

PlayOJO recently announced that it was going to alter its advertising in order to provide better protection to underage members of the community. It asserted that it would no longer provide any on-air advertising between 4 and 9 PM, but the change was too little, too late to avoid the penalties.

Betsson responded to the fine, stating that it “does not agree with SGA’s [Swedish Gambling Authority] interpretations and supports NGG Nordic Ltd’s view that their customer offerings have been in line with what is permitted under the new gambling legislation.” It added, “[The] regulation on bonuses is vague and has been shown to leave much room for different interpretations.”

The regulation seems pretty cut and dry – Spelinspektionen states clearly on its website, “Gaming companies with a Swedish license may only offer their customers a bonus at the first game opportunity.”