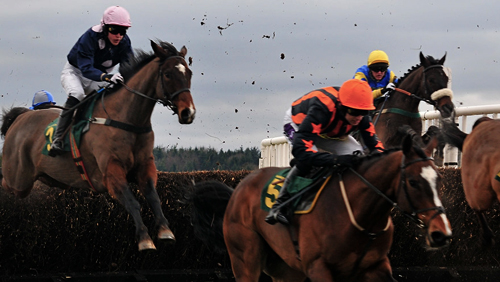 Just when you thought horseracing might have hit its peak, it finds new revenue streams to take advantage of. According to a new report from the British Horseracing Authority (BHA), the product still has a lot of room to grow thanks to a growing interest in their product in China.

According to the report, titled British Horseracing’s International Influence, the growing interest in British horseracing that’s coming from China could help grow the industry to new levels, and it’s an opportunity that the U.K. should focus on.

“China is a very important emerging market for us with an increasing number of owners with interests in British racing. To be able to provide this coverage in China, where the ceremony and tradition of Royal Ascot is of considerable interest, is a key part of our international broadcast strategy.”

Pointing to progress already made in this endeavor, Henderson pointed to a partnership with the Sina network that will introduce British horseracing culture to China, including the Royal Ascot 2019.

This isn’t just a push by the industry players, but from politicians as well. Sir Hugh Robertson, former Minister for Sport, launched this report and specifically noted that by growing the sport, it helps Britain. “I’d like to see the U.K. government work more closely with British racing in the future both to promote the sport as an investment and influencing opportunity and to use its powerful international appeal to Chinese audiences and beyond,” he noted.

If it’s for operators or for the country, the bottom line is money. James Oldring, Operations director for the Biritsh racing promoter Great British Racing International, could not have made it more clear that this is about getting Chinese money flowing into a British pastime. “There are already a number of Chinese investors who have made significant forays into British racing but there is a golden opportunity for the sport to capitalise on the openings presented by China’s growing horseracing industry and expanding economy,” he concluded.

It’s nice to see this level of optimism from the racing world when so much of it looks like it’s on the downswing. Santa Anita has been perpetually in the news due to the number of horses that have died at that track this year, and the Queen’s grandson has proposed running the horses through the streets instead of at the track to spice things up a bit.