If one horse dies at a racetrack, it could be considered just an unfortunate situation. If two die at the same track, there is cause for concern, but not enough to raise any red flags. However, if 26 die within a five-month period, something is seriously wrong. That’s exactly what has happened at the Santa Anita Park horserace track in California and now lawmakers are getting involved. If a U.S. senator has his way, horseracing could be temporarily halted at the track while a thorough investigation is conducted. 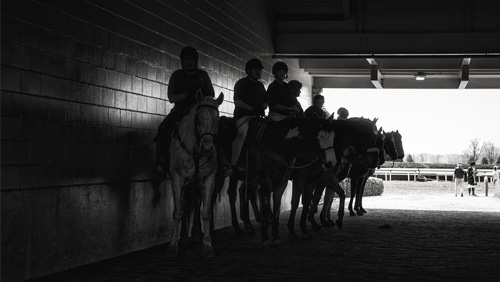 A third horse died this past Saturday after being pulled from a race. Kochees was a gelding just 3 years old, and his death marked the third in nine days. His jockey backed out of a race on Saturday after finding an injury and the horse had to be put down the next day after surgery was unsuccessful.

In a statement regarding the growing list of tragedies, Senator Dianne Feinstein said, “How many more horses must die before concrete steps are taken to address what is clearly an acute problem? I once again call for an immediate moratorium on racing at Santa Anita. We need a thorough investigation of practices and conditions at the track before any more races are held.”

Track officials had already imposed a three-week suspension following a string of deaths prior to the latest occurrences. The spate of deaths has not been linked to a particular person or activity, but some believe that the state’s wettest winter in the past ten years could be making the dirt track too soft, leading to injuries and, ultimately, death.

It needs to be pointed out that horse deaths aren’t all that uncommon. From 2009 to 2018, 6,134 horses died, but the recent fatalities are causing a resurgence of protests against horseracing in general and are receiving more attention than many have in the past.

Santa Anita spokesperson Stefan Friedman doesn’t accept the “death is to be expected” argument. He told CNN, “To those who say, ‘Well, horse deaths are eventual,’ we don’t accept that and we are doing everything possible to bring that number as close to zero as possible. If we aren’t out there shooting for zero, we aren’t doing our job, and that’s the No. 1 priority for us is horse safety.”

Feinstein will continue lobbying for the park’s closure and has the political power to drum up support for her cause. She wants the entire horseracing industry scrutinized, including a closer look at veterinarians, medicines used and how horses are run. She adds, “Tracks in the United States have significantly higher rates of death than tracks overseas. We need to determine what we’re doing wrong in this country and fix it. If we can’t, we need to consider whether horseracing has a future here.”