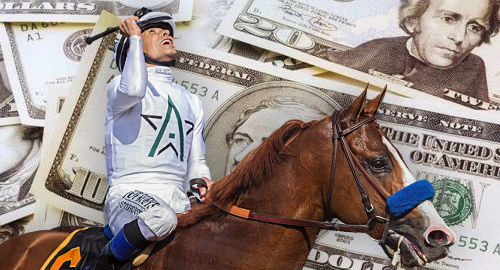 Betting turnover on US horse races has shown consistent growth in 2018, even as racing interests mull the possibility of adding sports betting to their offering.

On Thursday, Equibase reported that total wagering handle at US thoroughbred tracks – including worldwide commingling – hit just under $3.24b in the three months ending June 30, a 5% improvement over the same period last year.

A further boost could come via tracks expanding their wagering options to include sports betting. On Thursday, the Paulick Report quoted Racing Commissioners International (ARCI) president Ed Martin saying the sports question would come up for discussion at next week’s meetings of the ARCI Model Rules Committee in Omaha, Nebraska.

The ARCI’s official sports betting rule proposal notes that “several ARCI members will be involved” with sports betting regulations in their respective jurisdictions now that the US Supreme Court has opened the regulatory floodgates. As there are no regulations governing sports wagering in the ARCI’s Model Rules, “the committee is being asked to create a new chapter dealing with this type of wagering.”

The only ARCI member that currently has any involvement in sports betting is the Nevada Gaming Control Board. As such, the ARCI’s proposed rule changes largely cribs the NGCB’s regulatory language.

Martin noted that “the regulatory structure in place for [horse and greyhound racing] and the processing of wagers can easily be adopted to accommodate wagering on other sports.” Martin predicted that the ARCI committee would give preliminary approval to the interim rules, giving ARCI members some guidance if/when their jurisdiction authorizes legal sports betting.