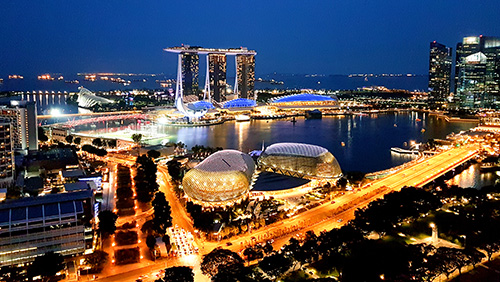 It’s true that not all casino crime in Singapore can be tied to syndicates. In some cases, it’s an inside job, perpetrated by an employee either became too greedy or who suffered from temporary insanity. Such is the case of Ding Zhipeng, a Chinese national who was working as a dealer at Resorts World Sentosa when he decided to try his magician’s skills and make some casino chips disappear. He apparently doesn’t have much skill as he was seen by a security guard and promptly arrested. Ding has now faced a judge and learned his sentence for stealing about $56,818 in chips from the casino, Today Online reported.

Ding will now be able to think about his actions for six weeks as he lies in a prison cot. He will also have to pay a fine of about $8,855 and, if he can’t come up with the money, will make up for it by spending an additional three weeks behind bars.

The light-fingered employee began working at Resorts World Sentosa in July 2017. After almost a year on the job, he began slipping chips into his pockets and was finally caught last November. Since he wasn’t able to exchange the chips himself due to his position with the casino, he colluded with a friend to cash them out for him.

A security officer with the casino caught Ding in the act last November when he tried to pocket two chips worth S$1,000. At the time, there were no players at the table and he was immediately apprehended and turned over to police. Law enforcement then searched a room he had rented in the city and found an additional 72 chips in denominations of S$1,000 and S$3,000 (about US$738 and US$2,215, respectively).

In a subsequent investigation, it was determined that he had purchased a Breitling watch worth about S$6,000, Balenciaga shoes, Chanel earrings, an Apple iPad and iPhone and other high-end goods. His girlfriend was apparently the beneficiary of some of the products he bought on his shopping sprees.

Ding admitted to one count of criminal breach of trust, one count of converting benefits from criminal conduct and one count of possessing casino chips while off a casino floor. His lawyer tried to argue that he was under significant stress since he was a foreign worker and his actions were designed to help him take care of his family back home in China. It goes without saying that buying a Breitling watch isn’t exactly a sign of taking care of the family.