The Aquinnah Wampanoag tribe wanting to build a casino in Martha’s Vineyard may not need to have state or local permission to offer gambling, but it does need permission to build. This really doesn’t do much to settle the dispute between the tribe and the posh seaside playground, which has tried to stop the casino project from moving forward. 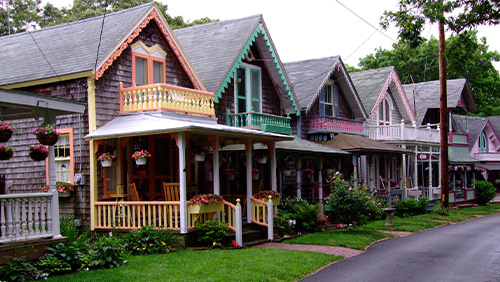 This past Wednesday, US District Court Judge Dennis Saylor acknowledged that the tribe, which hopes to complete a 10,000-square-foot gambling facility in Martha’s Vineyard, is free to launch gambling operations per federal tribal guidelines and that it doesn’t need to ask local authorities for permission. However, the construction of the facility that would house up to 250 gaming machines is a completely different issue. Construction, he said, requires adherence to state and local permitting guidelines.

The project has already been contentious, with the tribe moving forward with construction despite objections and despite the power to the property being shut off by local officials. It has even refused to allow local authorities onto the land to complete an inspection. Tribal leaders have argued that a First Circuit Court of Appeals decision in 2017 allowing the project to proceed was sufficient to force local authorities out of the picture.

Since the tribe needs permission to build, it will have to stop construction at this point while it waits for approval of its permits. Given the dispute that has been waged for the past four to five years over the casino, it’s not difficult to imagine that the tribe is going to find delays in the permit processing times, as well as extra scrutiny over every step it takes toward completion of its project.

Judge Saylor is the same judge who issued the previous ruling in 2015 that was supposed to determine the fate of the casino. He never issued a final judgement, and a subsequent attempt to have the case heard by the US Supreme Court was denied. That put the case back in Judge Saylor’s lap, leading to the conclusion of the latest – but not final – chapter in the saga of Martha’s Vineyard.