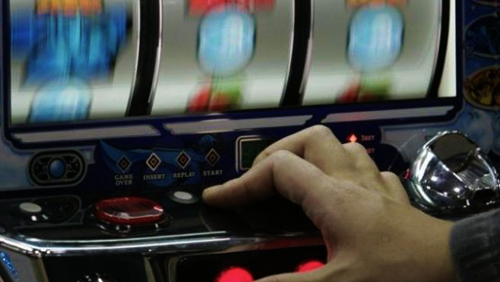 The Wampanoag Tribe of Gay Head has been trying to put together a casino in Martha’s Vineyard, Massachusetts for the past couple of years, only to have to fight a series of battles to receive permission. Things began to look more promising in January of last year, and the project seemed to be ready to move forward, but the fight rages on and there has been yet another obstacle put on the path of the casino. Massachusetts authorities have figured out a way to block construction and take back control of the situation.

The Martha’s Vineyard Commission (MVC) will meet with tribal representatives this Wednesday to discuss the casino and the instability it has caused in the area. Following that meeting, there will be two public meetings held – one by the MVC’s Land Use Planning Committee on June 3 and the second by the full MVC on June 6.

Two of the town’s in Martha’s Vineyard, Chilmark and Aquinnah, have asked the MVC to review the tribe’s plans, which they deem is a “development of regional impact.” As such, the commission is required to review the project and to assess the impact it can have on the community and could add more requirements, such better traffic control, enhanced aesthetic designs, lower energy usage, etc. Those requirements, should they be added, would delay the venue’s construction even more than has already been seen.

The tribe had to take its case to the Supreme Court in order to try to get Massachusetts to back off and allow it to build the casino. In January of last year, the court rejected to hear the case, which was seen as a victory for the tribe, who once again began working on its gambling facility on the upscale Massachusetts island.

The MVC has informed the tribe of the meetings and the required studies; however, it has not yet responded. It isn’t known if any Wampanoag representatives will show up, as they reportedly believe that the MVC has no authority to stop the project following the Supreme Court’s decision last year.

The two sides are standing firm to their positions and are now facing off in a staring contest to see who will blink first. The tribe has put up “No Trespassing” signs on the property and cut off access and, in March, electricity to the site was turned off. An inspector from Aquinnah was denied access to perform an inspection of the construction and tensions continue to build in the area.

The Wampanoag band wants to build a gaming facility spanning 10,000 square feet and offering 250 electronic games. There wouldn’t be any table games or slot machines, due to limitations imposed by the Indian Gaming Rights Act (IGRA), but local residents are worried that the venue will detract from the exclusive ambiance for which Martha’s Vineyard is known.

A federal judge is expected to hear arguments regarding the case on May 31. That case revolves around the IGRA and local zoning laws, and which takes precedence. If the judge decides that the IGRA is stronger, the tribe will have federal authorization to proceed, but local governments may continue to try and block construction.