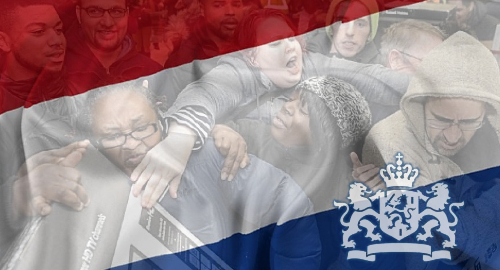 On Monday, the Kansspeautoriteit (KSA) regulatory body announced that 79 parties had filled out the online form indicating their eagerness to receive one of the new Dutch online gambling permits. The KSA has established a June 21 deadline for companies to make their intentions known.

The KSA didn’t disclose the names of the 79 early birds, although numerous members of the industry’s familiar face brigade have publicly stated their intention to apply. The KSA has already announced that it won’t be accepting actual applications until July 1, 2020 and the new regulated market isn’t likely to commence until January 1, 2021 at the earliest.

Among the prospective applicants will be Holland Casino, the state-run land-based casino monopoly whose privatization was scrapped last month when Dutch politicians decided they already had too much on their plate crafting the nuts and bolts of online gambling regulation.

Van Lambaart also expressed hopes that the KSA will strictly enforce the rules against licensing online gambling ‘cowboys’ who served Dutch punters without local permission prior to passage of the Remote Gambling Act.

Van Lambaart didn’t mention any cowboys by name, but he did say the KSA’s cowboy definition should include companies that have “changed their name and have removed iDEAL as a payment method.” This was undoubtedly a reference to Betsson’s Dutch-facing Oranje and Kroon online casino brands, which recently rebranded in an apparent bid to distance themselves from regulatory penalties the KSA imposed last August.

Holland Casino shouldn’t really be worried about its online future, as the company scored an impressive 84% in a recent gambling brand awareness study commissioned by Gaming In Holland. That score ranked third behind the state-run Staatsloterij (92%) and the National Postcode Lottery (89%).

The highest-scoring private online gambling brand was the Kindred Group’s Unibet (24%), with GVC Holdings’ Bwin placing second (12%) while the rest of the top-five belonged to GVC’s Ladbrokes (11%), The Stars Group’s PokerStars (8%) and Bet365 (8%).