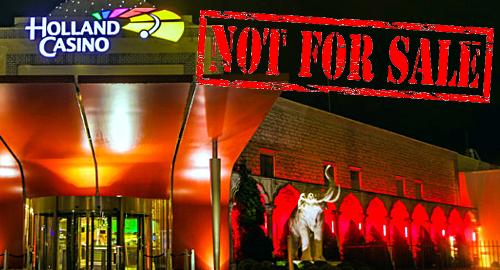 The Netherlands has scrapped plans to privatize the state-run Holland Casino monopoly, apparently so the government can focus on launching its new liberalized online gambling market.

Two years ago, the Dutch legislature’s lower house approved plans to privatize Holland Casino, the country’s only land-based operator allowed to offer live table games. Assuming the Senate agreed, the plan was to sell off 10 casinos in a package that would retain the Holland Casino brand, while the other four venues would be sold separately and two new licenses would be auctioned off.

But on Friday, Justice Minister Sander Dekker sent a letter to the Dutch senate announcing his intentions to withdraw the casino privatization bill. Dekker said there were factions within the senate that doubted the ability of the government to chew gum and walk at the same time, i.e. handle both the privatization of Holland Casino while simultaneously prepping for the launch of the new liberalized online gambling market.

The online legislation that was approved in February requires the Kansspelautoriteit gaming regulatory body and the government to craft regulations, screen license applicants for ‘cowboy’ histories, and certify all would-be licensees’ online products before the new market officially launches, which may not occur until January 2021.

The Algemeen Dagblad news outlet reported that Dutch trade unions were celebrating Dekker’s decision. The unions were never wild about the privatization concept, convinced that private sector ownership would prove less tolerant of labor demands than the government.

It will come as no surprise that Holland Casino is among the gambling operators expecting to win a new Dutch online license. Since there’s no domestic online industry from which to draw, the company has enlisted a UK headhunting firm to find qualified candidates for six major positions: chief marketing officer, partnership & media manager, head of casino, head of sportsbook, head of bingo and head of gaming.