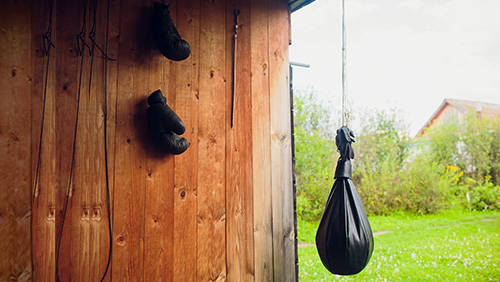 The CEO of Wynn Resorts, Matt Maddox, and his wife Katherine have a very strange method of celebrating their anniversary. Maybe she was a little miffed at the thought of her husband losing his job at the hands of the Massachusetts Gaming Commission (MGC), but Mrs. Maddox apparently used her husband as a punching bag on an outing in Las Vegas recently when the two were out

According to a report by the Las Vegas Review-Journal, the story goes like this. Mr. Maddox and his wife reportedly went out to dinner at the T-Bones Chophouse at the Red Rock Resort. The executive was in the midst of his battle with the MGC and was most likely under a little pressure that night, but something happened to send his wife off the deep end and she began to attack her husband.

The two retired from the restaurant, but were paid a visit by local police at their home. Katherine asserted that the attack took place in their home, which would have carried less of a penalty than a public assault, and said that she hit her husband several times with an open hand (yet another example of a crime that carries a lesser penalty than that associated with a closed-fist attack) after he tried to grab her phone.

There’s just one minor problem with her account. Casinos have cameras and some of the cameras capture the venues’ restaurants, as well. Casino surveillance refutes the pugilist-in-training’s account and shows that Katherine hit Matt “four to five times in his face” and also shoved him before going full Mike Tyson and attacking him “with an under hook closed fist punch, strik[ing] him in his jaw once [and slapping] the phone out of his hand.”

Matt Maddox said in a statement, “My wife and I were in an argument on our 17th wedding anniversary. No one was hurt and no one was in any danger. It was a misunderstanding. We are deeply in love and incredibly supportive of each other for over 20 years. This has already been resolved in court. It is a private matter and will be my last comment.”

It would appear that the couple is perfect together. Both try to shirk their responsibilities and not admit it when they’re wrong. For the Wynn CEO’s improprieties, though, it cost him $500,000. His wife only has to undergo domestic violence counseling and perform 48 hours of community service.