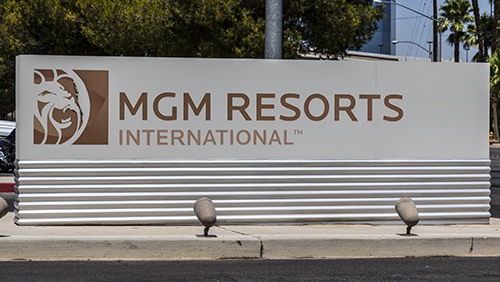 MGM Resorts wants to reduce its workforce by 2,100 within a year and is well on its way to reaching its goal. The employment ax already cost almost 500 workers their positions within the past two months and another 557 positions have now been chopped. No one is spared from receiving a pink slip, with cuts coming across all ranks within the company.

MGM CEO Jim Murren booted 254 employees in April and just added another 222 to the list. He said in a statement, “We have taken strides to ensure our impacted colleagues were offered other options if those existed and we have provided a non-working notice period where health benefits will continue and severance to try and ease a life-changing transition. I stand behind the decisions we have made and believe them necessary to assure our future, but I deeply regret the impacts they have on individuals and their families.”

The employees are being let go following the company’s shopping spree that lasted a couple of years. MGM spent $1.4 billion in MGM National Harbor, $960 million on MGM Springfield in Massachusetts, $550 on a renovation project at its Monte Carlo venue, $850 million on Empire City in New York, $.3.4 billion on MGM Cotai and $900 million to purchase 50% of Borgata Atlantic City.

After feeding its spending habit, MGM now wants to cut costs and give investors better returns. Murren wants to “transform the way we operate and leverage the most effective operational architecture for our company.” Of course, part of the transformation most likely won’t include an impact on Murren’s compensation, which reached $12.8 million last year.

The firings are all part of a cost-saving exercise Murren has dubbed the “MGM 2020” plan that he hopes will increase the company’s EBITDA (earnings before interest, tax, depreciation and amortization) by $200 million between now and the end of 2020 and another $100 million in 2021.

The efforts are paying off, at least from an investor perspective. Four analysts give MGM a “strong buy” rating, nine give it a “buy” and four say to “hold.” Of the 14, none suggests selling the stock.