Kazuo Okada files charges against Tiger Resort board of director 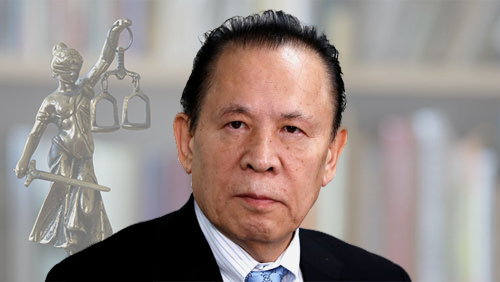 Several well-known personalities and important members of the TRLEI board, are listed in the charges. It includes Tonyboy Cojuangco, a director of the company, Manual “Lolong” Lazaro, another director who used to be a Ferdinand Marcos lawyer. It also includes his estranged wife, Takako Okada, his son, Tomohiro Okada, and the rest of the board of directors.

In the complaint, Okada claimed:

“The respondents, being then directors, officers, and/or nominee/trustee shareholders of the companies I own and control, conspiring and confederating together and mutually helping and aiding one another, did then and there willfully, unlawfully and feloniously (a) take, seize, and appropriate for themselves, my ownership and management rights and interest in [TRLEI] or Okada Manila, without my consent, with grave abuse of confidence, and with intent to gain; and (b) converted and misappropriated, the shares of stock of [TRLEI], and the rights, powers and duties of directors of [TRLEI], I had entrusted to some of the respondents, to my great injury and prejudice, by causing my removal as Chairman, Director, Chief Executive Officer and registered shareholder of Tiger PH.”

TRLEI is the company that runs Okada Manila, the casino which is named for Kazuo Okada, although if they have their way, for not much longer.

These charges come after Okada has had to fight several legal battles. In March, perjury charges were dropped against the man when a judge said it would be a stretch to say he was lying when he said he never lost ownership of TRLEI, but also said he had regained ownership. He’s also currently out on bail from Hong Kong, where he is accused of corruption.

Okada made it pretty clear that he wasn’t going to give up on his old company. On May 20, Okada released a press release announcing he would pursue all legal remedies available to him. He also made it clear that he believes he should still have sole power to ratify decisions made by the TRLEI board, and could not have possibly committed estafa himself for the “measly US$3 million” that he was compensated with when he left the company.

These new charges make it very clear that whatever happens, Okada isn’t exaggerating when he suggests he’s going to bleed every stone dry in an effort to regain his old company. There’s simply to much at stake for him to give up, with Okada Manila bringing in PHP2.48 billion ($47.5 million) in gross gaming revenue (GGR) in April alone.