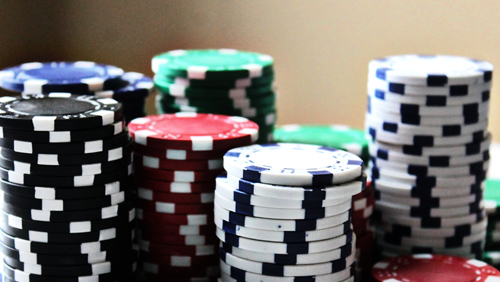 Growth is an important part of the Philippines casino story right now, and two resorts are reporting on their situation. Okada Manila has recently announced their results for April, while Resorts World Manila has produced numbers for their performance in the first quarter of 2019.

Okada Manila continues to report on their significant growth in gross gaming revenue (GGR). In their filing, they noted GGR reached PHP2.48 billion ($47.5 million), up 26% from the previous year. At the same time, this was a 24.6% decline from the GGR of March 2019.

Universal Entertainment Corp, the operator of the casino, didn’t comment on the month over month decline, however one could guess that it had less action with the Easter weekend landing in April, a time where the resort shut down to locals for two days.

Down the road, Travellers International, the operator of Resorts World Manila, is reporting a 45.2% decline in their quarterly income. Net profit fell to PHP243.38 million ($4.66 million) in the first three months of 2019, from PHP444.05 million ($8.47 million) the year prior.

This drop in profit was attributed to ongoing construction and renovation of the resort increasing costs, as well as higher gambling fees. They wrote that costs raised as a result of an:

Those higher license fees meant promotional allowances were up 111.9%, and direct costs were up 39.5%.

Those appear to be the costs of doing business in Manila at a higher level, because all other indicators were good. The number of visitors increased by 41.4% to a record high, and construction is ongoing to increase the size of the resort. Competition from Okada Manila and other resorts is becoming a bigger factor though, as the company had to spend more on advertising, they noted.