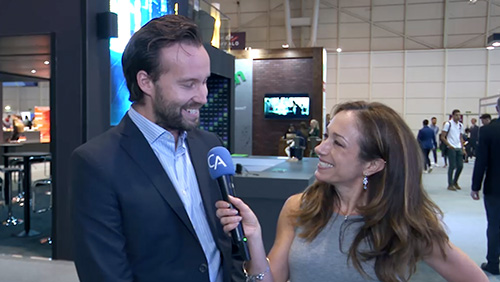 Johan Styren has built a reputation as an operator, previously holding the title of CEO of LeoVegas. Looking for something new, he’s now moved over to the affiliate side of things, founding Dilanti Media. He joined our Becky Liggero to talk about his new project.

Styren decided to create his own affiliate presence because he felt he could do things a bit differently. “What we’re doing different is that we’re super kind of tech focused,” he said. “We’re really trying to build proper technical platform for what we’re doing. We’re very much in it for the long term.”

To get the company started off, they are looking close to home, but with greater plans. “We’re focusing on Europe right now, but we’re also looking at more exotic markets like Japan for example,” Styren told Liggero. “Something a little bit closer to home but something that many operators are interested in is Germany as well.”

Dilanti Media’s approach to different markets will be first and foremost about providing the best service with the highest quality of return. “Our strategy is simply to build something that is very quality, something that is really adding value, not just to the operator but to the actual end customers,” he said. “I’d like to see us as the Hotels.com of the gambling industry. We’re really adding value, really helping people to choose the right gambling company to gamble at.”

He’s not only happy to settle with gambling clients though, Styren knows the power of affiliate media can stretch much further. He explained:

“There’s still a lot of room on the affiliate side to really build some quality companies there. Furthermore, I would also say that it’s an opportunity to move outside of the gambling world as well, because what we’re building is really applicable to any industry.”

Liggero pressed him on specifics of which industries could profit, and Styren didn’t miss a beat. “Forex and crypto,” he offered. “Those are the closest targets. But again, it’s really applicable to any industry that works with affiliation really.”