Home / Bitcoin / Nicc Lewis: Educating the public and the industry on blockchain 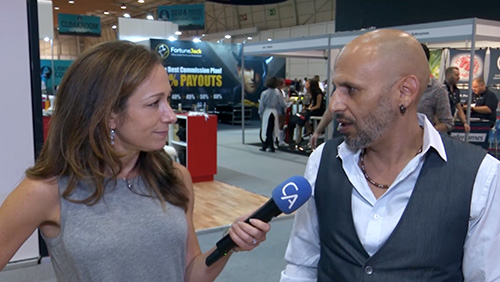 Finding the right way to market new features like blockchain games or cryptocurrency payments can be tricky when the customer is already happy with what works. To help crack this nut, our Becky Liggero spoke with Nicc Lewis, CEO and Founder of the marketing agency Expozive.

Getting adoption for new blockchain and cryptocurrency products is, without a doubt, a difficult task due to the amount of lost trust from the previous bull run in that market. It’s hurt even more by a lack of real education in the public. “People don’t understand the difference between Bitcoin, ICO, wallet, and CFD,” Lewis explained. “What happens is a few dodgy ICOs got out, and they might not have even been dodgy. The fact of the matter is, only 40% of ICOs ever become successful. People lost money, people got scared, and then they put pressure, and pressure went back to government authorities.”

That hesitancy has extended to the advertising platforms that most people think of when they browse the internet. “Facebook started around about eight months ago, where they banned all cryptocurrency based advertising,” he continued. “Google subsequently had a lot of pressure form the Canadian regulatory authority, and they bowed down and also banned everything to do with cryptocurrency and unregulated forex as well, at the same time. So right now, officially you can’t advertise on Facebook or Google. Twitter had similar, but they don’t seem to be enforcing it as much.”

“The second way they could look at cryptocurrency is in terms of payments, so like being able to accept wallets,” Lewis continued to suggest. “Or even more so, to actually like, generate a coin, specific to like a group of casinos, or a group of gambling companies together, which would be more bold, and allow further reach.”

That boldness is something Lewis was really excited about, and he offered more thoughts on it:

The last option might be the least exciting to end users, but very helpful to both operators and regulators. “Use the blockchain for KYC (Know Your Customer), understanding compliance through token rather than through the laborious forms they go through the regular regulatory information,” he suggested.

The options are there, and the technology is definitely going to matter simply because of how powerful it will prove to be. “So basically to be able to execute a bet, or a gaming server, or a financial trade, instantly, anywhere in the world, without the need of acceleration or extra hardware,” Lewis concluded, as the simple reason companies need to consider blockchain technology.