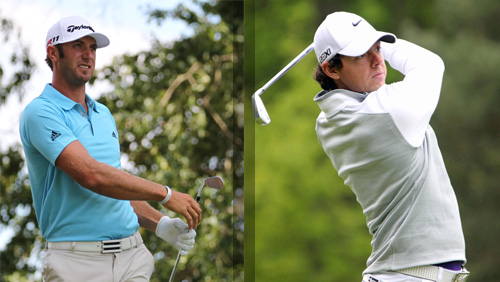 Those who aren’t devout golf fans or bettors might be a tad confused that the PGA Championship is this week. The PGA Tour made major changes to its schedule starting for this year, and one of those moves was shifting the PGA Championship from the last major of the year in August to the second in May. It’s the first time the tournament will be held in May since 1949 back when it was a match-play format.

In addition, it’s the first time that Bethpage State Park’s Black Course on Long Island in New York, considered one of the premier and toughest public courses in America, hosts this tournament. The Black did host the U.S. Open in both 2002 and 2009. The winning scores then were 3-under (Tiger Woods) and 4-under (Lucas Glover), respectively. Probably won’t play quite as tough this week.

The last time Bethpage Black hosted a Tour event was the Barclays in the 2016 FedEx Cup playoffs won by Patrick Reed at 9-under. Like the U.S. Open and British Open, the PGA Championship is played at different venues each year.

All eyes certainly will be on Tiger Woods, whose stunning victory at the Masters last month has been arguably the sports story of the year in the USA thus far. The various sportsbooks were crushed with that result because casual bettors tend to always bet on Tiger to win. That victory also jumped him to the +700 favorite entering this week – although his odds have since risen to +1100.

Woods has won the PGA Championship four times, one shy of the record set by Jack Nicklaus and Walter Hagen (in the match-play era). Tiger’s last win was in 2007 at Southern Hills in Tulsa when he repeated – the most recent to do so.

Woods was a runner-up last year by two shots to fellow American Brooks Koepka (+1100), who finished 16-under at Bellerive Country Club outside St. Louis. Koepka became only the fifth player to win the U.S. Open and PGA Championship in the same year on the way to being named PGA Tour Player of the Year. Seven of the last nine PGA Championship winners have been 10-under or lower.

Dustin Johnson (+1000) looks for his first PGA Championship win and second all-time major. Rory McIlroy (+1100) tries for his third PGA Championship victory, winning in 2012 and 2014. Justin Thomas was among the favorites at +1200 but withdrew on Monday due to a wrist injury. He won the PGA in 2017. Every single member of the world Top 100 was set to play before Thomas’ withdrawal.