Home / Sports / Johnson leads odds to win the US Open 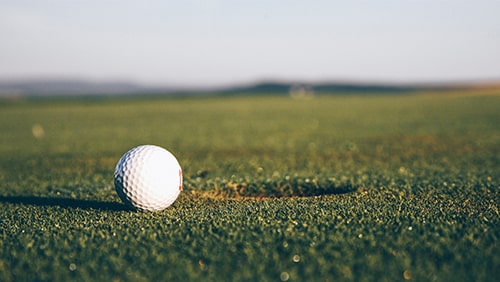 The 2020-21 PGA Tour wraparound season officially began last week with the Safeway Open in California and the schedule will include a super-sized 50 events. That includes an unusual six Grand Slam tournaments because two were postponed earlier this summer due to the coronavirus. The first of those six is the U.S. Open, which tees off Thursday from Winged Foot Golf Club in New York. It’s a field of 144.

The U.S. Open, previously scheduled to tee off June 18, is annually the toughest test in golf, and Winged Foot’s West layout is one of the toughest courses in the United States. It’s a par 70 at 7,477 yards. This will be the sixth time it hosts the U.S. Open and the last time it did in 2006, Aussie Geoff Ogilvy won at 5-over 285.

Ogilvy didn’t so much win the tournament as Phil Mickelson lost it. Lefty only needed a bogey on the 72nd hole to win, but his drive off the tee was wildly off track and it led to a double bogey. That was one of a record six runner-up finishes in this tournament for Mickelson, the only Slam he has yet to win. Winning this event is easily the biggest career goal remaining for Mickelson, who is a +8000 long shot.

World No. 1 Dustin Johnson is the +800 favorite and isn’t far from entering the U.S. Open on a four-tournament winning streak. His run began with a runner-up at the PGA Championship, followed by a win at the Northern Trust to start the FedExCup playoffs, a runner-up (in a playoff) at the BMW Championship and then a victory in the Tour Championship, which earned Johnson the FedExCup and its $15 million grand prize. Johnson’s only Grand Slam victory was at the 2016 U.S. Open.

Spain’s Jon Rahm, ranked No. 2 in the world, is +950 to win his first major. He was the one who beat Johnson in the BMW Championship playoff and didn’t finish worse than T6 in any of the FedExCup playoff events.

In a bit of an upset, Johnson wasn’t named PGA Tour Player of the Year, but Justin Thomas won it for the second time and he’s +1200 to win his first U.S. Open title. Rory McIlroy won the 2011 U.S. Open in record-breaking fashion and is +1600 this week.

Tiger Woods is +4000 to win his record-tying fourth U.S. Open and first since 2008 when he beat Rocco Mediate in an epic 19-hole Monday playoff. The playoff format was changed a couple of years ago to two-hole aggregate.

Gary Woodland won last year at Pebble Beach for his first major title and is +8000 to repeat. The last repeat winner was Brooks Koepka in 2018, but he withdrew from this year’s event last week due to health problems. He was second to Woodland in 2019.