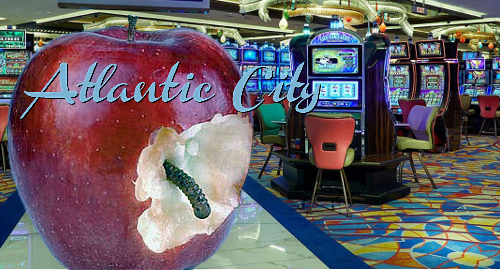 Atlantic City casinos reported an overall revenue gain in the month of April, but only one casino enjoyed a year-on-year improvement and three venues saw revenue fall by nearly one-quarter.

The New Jersey Division of Gaming Enforcement released its April casino report on Tuesday, and the numbers – once filtered through the numerous changes the market has undergone – make for some sobering reading.

But only one of the seven casinos that was open in April 2018 reported a year-on-year gain last month, and the market-leading Borgata was up only 0.5% to around $53.4m. The two casinos that opened last summer reported numbers that largely mimicked their March results, with the Hard Rock Atlantic City earning $23.4m and Ocean Casino Resort just under $15.2m.

The other six ‘established’ casinos were all in negative territory, some of them seriously negative. Resorts Casino Hotel suffered the biggest percentage gain, falling 25.7% to $12.8m, placing the venue dead last on April’s chart. Caesars ($22m, -24%) and the Golden Nugget ($15.5m, -23.4%) were the next biggest losers, while the Tropicana fell 13% to $24m and Bally’s got off comparatively lightly, falling just 7% to $14.2m.

The numbers look only slightly better when you include the casinos’ share of April’s online gambling and sports betting revenue, which reduced the month’s number of losers from six to five. So, hurray?

Meanwhile, the Hard Rock has claimed nearly $91.5m from the market, while Ocean Casino Resort has earned $63.1m. Insert your favorite warning from last year about the market being ill-equipped to welcome two more mouths to feed.