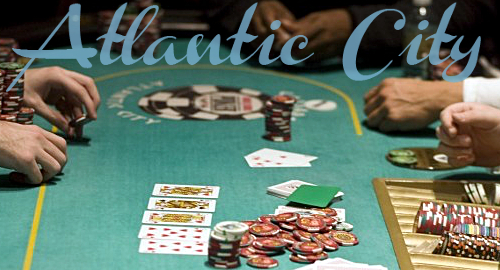 The New Jersey Division of Gaming Enforcement (DGE) released its April casino report card on Monday, which showed the state’s seven licensed operators earning a combined $191.4m from their brick-and-mortar gaming operations in April, up a mere 0.3% from the same month last year, but hey, a gain is a gain is a gain.

Unlike the previous two months, the state’s table games really came through for AC’s casinos in April, with revenue spiking 11.4% to $54.9m, while slot machine revenue played spoiler by slipping 3.6% to $136.5m. Counting the $23m contributed by the casinos’ online gambling operations, April’s overall gaming win improved 1.3% to $214.4m.

The Borgata suffered a 9.1% year-on-year brick-and-mortar gaming revenue decline in April, but its $53.1m was still enough to outclass its competitors. Runner-up Harrah’s improved 7.8% to $29.1m, just ahead of its sister site Caesars AC, which gained 3.9% to $29m.

The market will welcome two new operators next month, as the Hard Rock Atlantic City (the former Trump Taj Mahal) and Ocean Resort Casino (the former Revel) are both scheduled to have their grand openings on June 28. The Hard Rock received its gaming license last week, while the Ocean property is still awaiting its day of reckoning with the New Jersey Casino Control Commission.

The market will soon have a new vertical to report besides slots and tables thanks to Monday’s US Supreme Court ruling striking down the federal sports betting ban. New Jersey has already approved its casinos offering sports wagers, and casinos like the Borgata have been busy building on-site sportsbooks in anticipation of the regulatory starting gun.