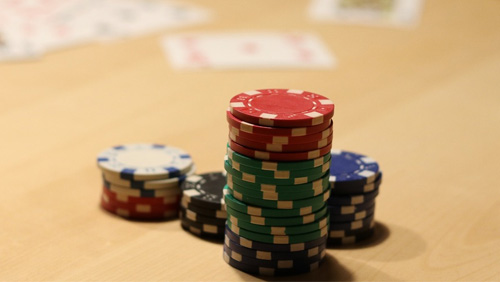 Ben Lamb is a former World Series of Poker (WSOP) Player of the Year with close to $10m in earnings. Back in 2011, when he earned the drapes that coat the insides of the Rio, he won his only bracelet – the $10,000 Pot-Limit Omaha (PLO) Championship.

When the organisers of the Triton Poker Super High Roller placed PLO onto the schedule for the first time, Lamb was always going to be in it, and one of the favourites to win it.

Hing Yaung Chow, on the other hand, is not a former WSOP Player of the Year, he has never won a bracelet, and until right now, this minute, as you read this over your bowl of cornflakes you’ve likely never heard of the man, and that’s the beauty of this incredible series.

Chow, not Lamb, is the winner of Event #8: HK$200,000 Pot-Limit Omaha (PLO) at the Triton Poker Super High Roller Series in Montenegro. And he’s no travelling salesman after finishing third and fourth in Triton Jeju events last year.

Let’s see if we can separate the wood from the trees.

Lamb was the first player to win a significant pot and would lead throughout almost the entirety of Day 1, bagging the chip lead. Nine returned for Day 2, with only five making the money.

It turned out to be a long one.

Eight and a half hours.

Mike Watson was the first to walk outside and stare into the sky hoping to see the twinkling of Mars after losing to a straight on the river versus Henrik Hecklen despite being ahead on the flop with the middle set.

Gabe Patgorski was unable to compose a winning tune when he fell in eighth after running kings and rags into Ben Lamb’s aces and rags. And Chow sent Robert Flink to the sidelines in seventh after the pair got it in on the turn on QdTs7s2d with Chow ahead with Ac2cQs4s for queens and deuces versus the As3s2sTc for tens and deuces. Flink missed his draws on the river.

Then we reached the bubble.

Haxton was making his fourth final table of the series, but this would be the one where he would leave with nothing to show for his industry after Chow flopped a set of eights with AdTd8d8c on 8s4h3c versus the AsAc7c4d of Ike Haxton with all the money going in on the flop.

Triton regular, Wai Leong Chan, exited in fifth when AcAh4hQd lost to Lamb’s KcKh9d7d. It’s always tough to see your kings come up against aces, and always lovely to flop another two kings. Hecklen, who won the HK$250,000 No-Limit Hold’em Turbo a few days ago, finished fourth, and it was another beat with Chow’s QsQdTc5c beating KdKc7c9s after rivering the third queen.

That exit gave Chow the chip lead with three-remaining, but Lamb managed to double up and take the scalp of Viacheslav Osipov to take the chip lead into a heads-up kerfuffle with Chow, after turning a wheel when all-in on the flop with the Russian ahead with a pair of aces.

Lamb began with the chip lead. Chow then held a 2:1 chip lead. Lamb won a substantial pot, set-over-set, to reclaim the lead, Chow pinched it back, and then had every single chip in the contest when he rivered a straight with Lamb ahead when the money went in with an overpair.

And it’s on to the next one we go.