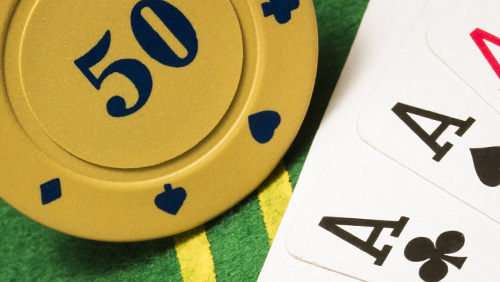 Vicks stinking Brits with eyes wide shut, and gobs full of whistles used to dance like crazy to Kicks Like a Mule’s ‘The Bouncer’, and this week, I can’t get the rave tune out of my head.

“Your name’s not down. You’re not coming in.”

Big Ben is ticking. Hourglasses are emptying. Triton Million London, the richest tournament the world has ever seen, starts in a few days. Those not on that list are fluttering their eyelashes in a desperate attempt to get noticed.

The latest update in the Triton website shows 45-confirmed players, and with Rick Salomon still to select his dance partner, we can assume the official number is 46.

So who are the latest wizards?

Andrew Pantling is one of those non-professionals who has a Hendon Mob profile that’s better than a lot of professionals. The Canadian left poker to take on a full-time role with the online bookmaker, Matchroom, but occasionally returns to the felt for a little flutter.

In 2013, Pantling finished runner-up to Steve O’Dwyer in a €10,600 No-Limit Hold’em High Roller at the European Poker Tour (EPT) in Monte Carlo, earning €1m. In 2016, he finished sixth in the €1m Monte Carlo One Drop Extravaganza for €1.5m. Earlier this year, Pantling finished third in the World Poker Tour (WPT) Fallsview Poker Classic for $176,804 and won the CAD 25,000 Super High Roller at partypoker MILLIONS North America for $107,002.

Pantling invites goes to the icon Andrew Robl. While he spends most of his time playing high stakes live cash games, Robl has been known to hop into the odd tournament. He finished fifth in an HKD 750,000 Short-Deck event at the Triton Poker Super High Roller Series in Montenegro in May, and seventh in the $10,000 Short-Deck event at this year’s World Series of Poker (WSOP).

After a last-ditch Twitter appeal, Ferdinand Putra extended an invitation to Bonomo, and he snapped it up.

The biggest poker tournament of all time begins in less than a month (Aug 1st), and I'm not on the invite list

Bonomo replaced Daniel Negreanu at the top of the All-Time Money list after an insane run in 2018. His annual haul was $25.4m, including winning both Super High Roller Bowl events in Macau and Las Vegas, and the $1m buy-in One Drop at the WSOP.

Putra is a 31-year-old investment banker from Jakarta, Indonesia. Putra fell in love with the game during his university days in Sydney but has never managed to put in much volume because of his work commitments.

Turkish born London-based Örpen Kısacıkoğlu is CEO of ‘Come on London Limited’, a risk management support service. He is a regular on the EPT High Roller scene and is one of those players consistently making the deep runs, with the bucket full of wins sitting around the corner.

Climbing under Kısacıkoğlu’s wing is Matthias Eibinger. The Austrian star has accrued just shy of $7m in live tournament earnings. It’s a bag of swag that lands him a #2 placement in Austria’s All-Time Money List – a temporary position should he cash in the Triton Million.

Eibinger comes into this one after an amazingly consistent time in the ARIA Summer High Rollers. The Austrian made seven final tables, winning two, as well as finishing fifth in the $10,000 Heads-Up Championship at the WSOP.

And that’s it, six more entrants.

For everyone else, Kicks Like a Mule has a message for you.