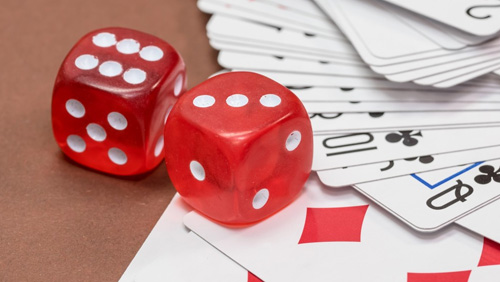 There is some big news in London town.

With Brexit on the horizon, the U.K. needed an announcement to lift the spirits of the populous in a surprise birthday party way, and it happened in the past few days.

It’s more satisfying than sucking the prawns from vol-au-vents, bubblier than champagne, and more intriguing than the Battle of the Bastards.

Triton Million: A Helping Hand For Charity is heading for the Big Smoke, and it’s shaping up to be the most exciting and expensive poker tournament of all time.

Unless you’re one of the 35 players or 50+ members of the broadcast/backroom team, you’re going to have to watch this one at home. At Triton Million, if your names not down, you’re not coming in.

Joining the ShareHand team for the Triton Million is an incredible array of broadcast talent. Fans of the Triton broadcast would have felt a tad deflated when Lex ’RaSZi’ Veldhuis skipped the Montenegro event. Good news. The most sought after poker Twitcher in the world is back, which is fab news for Randy ‘nanonoko’ Lew who knows Veldhuis, as well as Stan, knows Laurel.

When Veldhuis and Lew pop out of the commentary booth for a downward-facing dog, smoothie or poo, Ali Nejad, Nick Schulman and Jeff Gross step in. Of the three, only Schulman has experienced the lion’s roar of a Triton event. In 2018, Schulman won the HKD 100,000 No-Limit Hold’em Short-Deck in Jeju. The World Series of Poker’s (WSOP) decision to drop Schulman from the Main Event broadcast went down like the Brooklyn Brawler after a fake punch from Hulk Hogan. That’s all you need to know. The man is tip-top.

YouTube sensation, Marle Cordeiro, returns for her second stint as a sideline reporter, presenter, whatever you want to call her. Pete Latham returns to provide his unique blend of humour, and Liv Boeree joins the team as a presenter for the first time.

Former One Drop winner in the lineup

On the player front, the headcount climbed to 35, over the weekend, after the addition of four more Asian players.

A few in the lineup have previously experienced the dizzy heights of a $1m buy-in event, but only one of them has won one.

Triton co-founder, Richard Yong, recently told PaulPhuaPoker.com that 42 players is a ‘realistic target,’ and there is a 10 to 1 chance that the field size will hit 48.

If you have £1m to spare and fancy a game of poker, then email [email protected], and I am sure they’ll squeeze you in.