The incumbent president of the Unite Here Local 54 workers union in Atlantic City, New Jersey, Bob McDevitt, is keeping his job. Union members took to the polls last Friday to elect a new leader for the next three years and McDevitt defeated his only competition in what could be described as anything but a landslide. As such, the results are 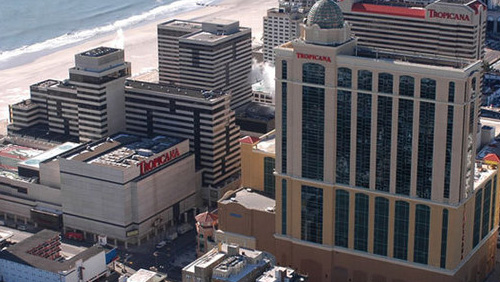 being contested and the loser is demanding a recount and, possibly, a do-over.

McDevitt, who has been president since 1996, defeated Al Tabei, taking 932 of the 1,596 votes cast. However, Tabei is ready to challenge the results, asserting that 152 of the votes cast are illegal because the voters are not “up-to-date with union dues.” He also argued that some of the casinos didn’t offer their unionized employees enough time to leave to place their votes, which could have resulted in missed opportunities or erroneous choices.

Unite Here Local 54 represents about one-third of the casino employees in Atlantic City and the number is growing. Hard Rock Atlantic City employees recently voted to unionize and those of Ocean Casino Resort are close to a vote.

McDevitt’s reelection comes as the union is about ready to face to possible fight in Atlantic City. Bargaining negotiations in the gambling industry are expected to launch early next year and the president is prepared for battle if necessary.

McDevitt believes that there is going to be a lot of tough negotiating necessary next year. Atlantic City casinos had a rough go at it for a couple of years and 12 of the city’s casinos were forced to close their doors between 2014 and 2016. However, last year saw a different scenario, with an increase in gaming revenue and in casino employment.

Although the industry may have been able to turn itself around, McDevitt believes a recent move by Caesars Entertainment is foreboding of what’s to come. Caesars has hired Anthony Rodio as its new CEO to replace Mark Frissora and Rodio has a history of being an ax-wielder. The union president expects Rodio to play tough during contract negotiations and asserts, “I think by selecting Tony, the message to me is he picked someone with a long history of dealing with and fighting unions.”

Out of the approximate 10,000 Caesars employees in Atlantic City, 4,000 belong to the union.