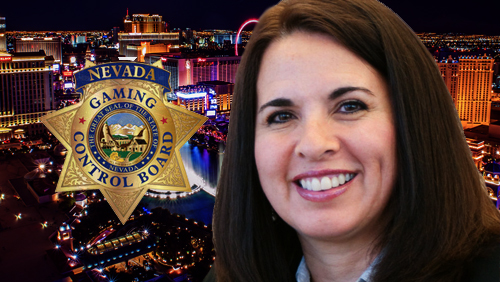 The commission has only had three members since January, when Sandra Douglass Morgan was re-appointed as chairwoman of the Nevada Gaming Control Board by Nevada Governor Steve Sisolak shortly after he was elected to the job.

“Rosa is a highly experienced litigator who has been involved in some of the state’s most complex legal issues over the past 18 years,” Sisolak said as part of her appointment. “I am confident she’ll make an outstanding addition to the Nevada Gaming Commission and support its mission of keeping Nevada the gold standard in gaming regulation.”

The commission is still missing a fifth member. In late April, commission member Philip M. Pro’s term expired, and he did not seek to have a new four-year term. Sisolak will need to find a replacement for him next.

Solis-Rainey is a managing partner at Morris Law Group, where she’s been since 2006. She also spent nearly 12 years at Boyd Gaming Corp, where she dealt with compliance, audits, and serviced on committees handling those issues, preparing her well for this new role.

She also was a member of the charter class at University of Nevada, Las Vegas’ (UNLV) William S. Boyd School of Law. Based on her almost non-existent social media profile, she’s still a big supporter of the Zeta Tau Alpha sorority at that school.

She joins an NGC that hasn’t had much to do lately other than repeatedly rule on issues in the Wynn case. For months now, the group has had to deal with sexual harassment claims and hand penalties to the operator for the conduct of its former head executive Steve Wynn.

Solis-Rainey’s first chance to sit on the NGC panel will be May 23 in Las Vegas, when the group will meet for its next regularly scheduled meeting. There’s no word yet on when Governor Sisolak plans to name the fifth member of the panel.