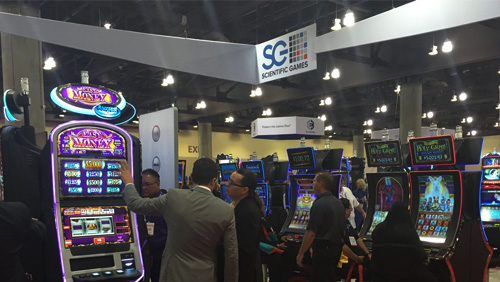 Scientific Games (SG) has picked up a new senior vice president for its marketing and communications efforts. The company has announced that Steven Stamstad will occupy the position and will lead the company’s charge to increase new product awareness, expand innovation and develop brand franchises. Having served in various global marketing positions over the past 25 years, Stamstad should prove to be a valuable asset to the company.

In addition to helping expand the company’s marketing efforts, Stamstad will also be tasked with engaging important shareholders tied to SG and implementing data-driven practices to improve results. He will report directly to the company’s president and CEO, Barry Cottle, who said, “Steve is a fantastic addition to our Scientific Games executive team. His years of global marketing expertise in the gaming, entertainment and sport sectors, coupled with his mobile and online experience will help us create a world-class global marketing team, drive revenue growth and take Scientific Games to the next level.”

Stamstad has an impressive background in marketing on a global scale. He was the VP of Global Brand Marketing for Homeaway/Expedia, leading “successful acquisition and brand strategies, created and implemented a differentiating brand positioning and developed successful global brand partnership promotions.” He was also the VP of worldwide marketing for Electronic Arts, overseeing the launch of new video games and brand expansion. Stamstad’s time with the Walt Disney Company saw the organization introduce new marketing initiatives for digital TV and broadband Internet services.

The executive graduated from the University of Southern California’s School of Cinematic Arts, where he earned both a Bachelor of Arts and a Master of Fine Arts. He went on to study at Harvard Business School and Yale University, earning executive education certificates from both prestigious facilities.

Embarking on his professional career, Stamstad has been keeping busy. According to SG’s announcement, he is the “official representative of the Robert F. Kennedy Family with the Los Angeles Unified School District on facilities design and instructional programming development for the K-12 schools built on the former Ambassador Hotel site.” In addition, he has been a guest lecturer at the Entertainment Studies Division of UCLA and an advisory board member for the Korean Ministry of Information & Communication Seoul Digital Media City Project.

Filip Lysikowski of MaxTraffic: Make a connection with your players
Video
25 February 2019
.