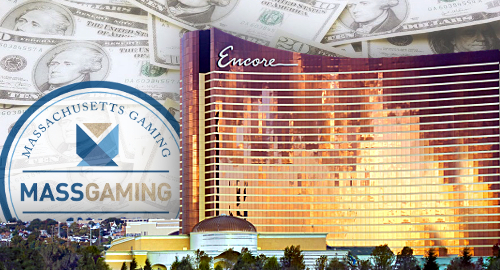 Casino operator Wynn Resorts will pay a $35m penalty to atone for their handling of Steve Wynn‘s harassment allegations but Massachusetts regulators will allow them to operate their Boston-area casino.

On Tuesday, the Massachusetts Gaming Commission (MGC) announced that there was “a lack of substantial evidence to disrupt [Wynn’s] suitability status,” and thus the company will be allowed to retain its gaming license and operate its $2.6b Encore Boston Harbor resort casino, which is slated to open to the public on June 23.

The announcement came with the release of the MGC’s long-awaited findings of its probe of the bombshell sexual harassment allegations against former Wynn boss Steve Wynn. The probe also considered whether numerous senior Wynn execs did their best to ignore these allegations and to keep the public – and the MGC – in the dark.

The MGC said its probe identified “numerous violations of controlling statutes and regulations largely pertaining to a pervasive failure to properly investigate in accordance with existing policies and procedures, and to notify the Commission about certain allegations of wrongdoing.”

The MGC also bemoaned Wynn’s “repeated systemic failures and pervasive culture of non-disclosure” that led to preferred treatment of its founder/CEO/chairman Steve while leaving “the most vulnerable at grave risk.”

To ensure Wynn’s “future compliance and to punish for past transgressions,” the MGC imposed a $35m financial penalty on the company and an additional $500k penalty for which Wynn CEO Matt Maddox will be personally responsible.

Maddox, on whom the MGC pinned the “clear failure” to investigate claims involving Steve and a Wynn spa employee, must also undergo coaching and training to ensure that he (we’re paraphrasing here) behaves like less of a scumbag going forward.

Wynn (the company) must also keep separate roles for CEO and chairman for the duration of the 15-year Massachusetts gaming license, as well as immediately report any new civil or criminal complaints, train all staff on how not to be a scumbag, and other requirements that arguably should have been obvious from the get-go.

Elaine Wynn, Steve’s former wife and the only other current Wynn board member besides Maddox whose name was on the original license application, was also deemed suitable by the MGC.

The company issued a statement saying it was still reviewing the MGC’s report and was still mulling “the full range of our next steps.” Wynn shares, which closed out Tuesday’s trading down nearly 3%, are currently up around that same figure in after-hours trading.

In February, Nevada gaming regulators imposed a $20m penalty on Wynn over the same concerns. However, like the MGC, the Nevada Gaming Commission opted against revoking the company’s right to offer gaming services in the state.