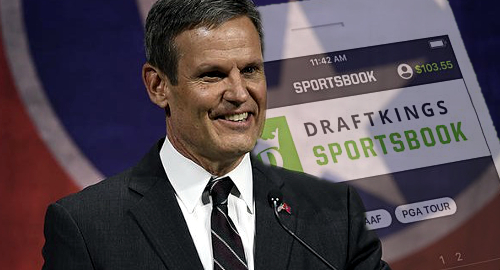 Tennessee is poised to become the latest state to authorize sports betting within its borders after the governor said he wouldn’t stand in the legislature’s way.

On Tuesday, the Tennessee state Senate voted 19-12 in favor of SB 16, a modified version of the legislation the state House of Representatives approved last week. The House concurred with the Senate’s tweaks and the bill was duly forwarded to the desk of Gov. Bill Lee (pictured).

Later Tuesday, the Tennessean quoted Lee’s spokesperson saying that the governor would allow the bill to become law without his signature, reflecting Lee’s apparent unease at the prospect of expanding gambling options in Tennessee.

Unlike some states that have passed betting legislation which restricts wagering to existing land-based gaming venues, Tennessee’s plan is to permit online and mobile wagering only. Tennessee is currently a casino-free state, with the only legal forms of gambling limited to lotteries and some modest charitable gaming events.

Tennessee’s betting legislation is also unique in that it requires betting licensees to utilize official league data for in-play wagering purposes, representing a first for the major North American sports leagues’ lobbying efforts. The leagues have also lobbied hard for states to include the leagues’ desired ‘integrity/royalty fee’ in betting legislation, but Tennessee’s new regime doesn’t include this cash grab.

The Tennessee Education Lottery overseers plans to form a nine-member commission that will be tasked with establishing betting regulations and monitoring licensees’ conduct. Tennessee’s online and mobile betting licensees will pay $750k for their wagering permits, plus 20% tax on their betting revenue. The state hopes to collect $50m in annual taxes from their new betting market, although critics are already suggesting the actual returns will come in well below this estimate.

Tennessee is the fourth US state to approve some form of betting legislation this year. The legislatures in Indiana, Iowa and Montana have all done their bit and are merely waiting to see whether their respective governors will affix their John Hancocks – or, in Iowa’s case, Jane Hancock – to the bills.