Home / Business / Iowa one signature away from legalized sports gambling 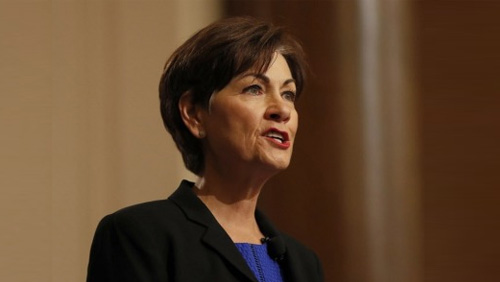 Last week, the Iowa Senate showed its support for a sports gambling bill, approving it by almost a two-to-one margin. This past Monday, the House stepped up, as well, giving the “ayes” to the bill by a vote of 67-31. The only thing standing in the way of legalizing sports gambling in the state is one pen and one signature, that of Governor Kim Reynolds. However, that one step is not going to come easily.

The sports gambling bill would allow the Iowa Racing and Gaming Commission (IRGC) to create the regulatory framework for the activity. Bets would be allowed on professional, international and college-level sports events, including motor racing, but certain events would be off-limits. Among these are minor league games and in-state college athletes.

Daily fantasy sports and Internet fantasy sports would also become legal thanks to the bill. However, betting on college-level activity would be delayed until May of next year.

The IRGC is expected to have the framework in place by this summer, with the 19 casinos in the state then eligible to offer sportsbooks. Wagers will be possible at both the casinos and on mobile apps, if the casinos offer them, and would be restricted to gamblers 21 years old or older.

Sports gambling will be taxed at 6.75% on net receipts. Some estimate that this will bring anywhere from $2.3-$4 million to the Iowa wallet each year. Of course, as always, there is at least one who isn’t able to understand the big picture. Representative Scott Ourth doesn’t believe sports gambling should be legalized, saying that it will only “create new addicts.” This, despite the fact that there has not been a single study that shows legalized sports gambling—or legalized gambling of any sort—creates addicts.

Representative Bobby Kaufmann gets it. He states, “I’m thinking that we’re kidding ourselves if we think we can make this go away. Doing nothing is not an option. Sticking our head in the sand is not option. Hoping that people get help when they’re placing bets in dark alleys with bookies whose collection method is a threat to kneecap you isn’t good for anybody.”

Both Ourth and Kaufmann now have to wait to see what Governor Reynolds has to say on the subject. She has only indicated that she won’t indicate anything. Her only response is that she will review the bill and discuss it with her policy team before making a decision.