Even at a snail’s pace, at least there has been movement for a sports gambling bill in Tennessee. Lawmakers in the state’s House approved a sports gambling bill Wednesday, which will now head on over to the Senate for further review. Depending on how that goes, it could end up on the governor’s desk shortly. 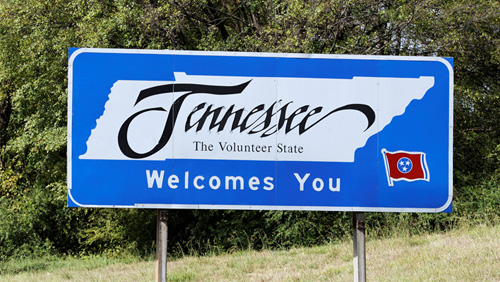 The bill is a little different than others seen in the country so far. There are no casinos in the Volunteer State, so lawmakers have taken the unique approach to try and find legalized sports gambling for mobile wagers only. If the legislative measure gets the green light from Governor Bill Lee, Tennessee will have become the first state in the U.S. with a mobile-only sports gambling market.

The Tennessee Lottery Commission would oversee the sports gambling industry in the state if the bill is approved. No retail sportsbooks would be allowed and the activity would be taxed at a rate of 22.5%. The state anticipates being able to make as much as $150 million each year from sports gambling taxes.

No one can determine if Lee is in favor of sports gambling or not. When he was campaigning for governor, he said in his final debate that he would “work with the legislature to make sure they didn’t approve it,” adding, “I think that organized betting frequently develops into organized crime that we don’t need in our state.”

That was last year. In March, however, Lee apparently had a change of heart. One of his spokespersons stated that Lee was now willing to “work with lawmakers to improve a bill that impacts the state’s economic and social health, even if it’s not something we plan to support.”

Lee had zero political experience before becoming governor, but he picked up on how to play the game very quickly.

Tennessee lawmakers will wrap up the legislative session on May 15 because working four months is exhausting. If the Senate doesn’t sign off on the bill, no further action will be taken in the current session. If it approves a different version of the bill, that version would have to go back to the House for review, which means that no further action would be taken in the current session.

However, there was a glimmer of hope yesterday afternoon that progress could be made before May 15. A Senate committee approved the bill by a vote of 9-2.