Whether or not Tennessee will actually find a way to approve sports gambling is getting more difficult to predict. There has been some progress on a sports gambling bill, but that same bill has also found itself sliding back downhill at times, as well. In the latest move, an amendment has been added that will, at least for now, give it a boost to continue the uphill climb. 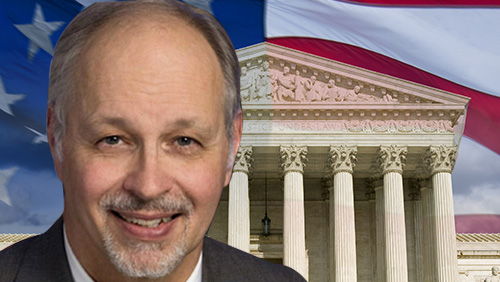 In March, Tennessee Governor Bill Lee weighed in on the subject of sports gambling legislation, stating that he would support it if were allowed to offer input. That gave a flicker of hope to the bill, with the affirmation that anything that made it to his desk would most likely be approved.

The light from that flicker dimmed towards the end of the month when the sports gambling bill came face to face with a serious amount of opposition. Several government committees turned their backs on the bill, causing it to stumble and tumble.

Now, however, the bill is looking at the possibility of being boosted once again. The amendment that has been added would ban prop bets on college sports, making Tennessee the first state in the U.S. to ban the activity across the board for college games. Other states have placed a ban on prop bets at the college level, but only for games and teams in their states.

The amendment was added by Representative Bob Ramsey and came after a request by the state’s universities. He admits that he has no knowledge of prop bets, but his input was apparently enough to breathe new life into the bill. It was sitting in committee for about a month, and has now climbed the hill after being approved by a 12-5 vote. The bill also contains another amendment that would remove the cap of ten licenses to be issued.

There is a similar bill that is moving through committees in the Tennessee Senate. It is expected to go before the Government Operations Committee soon, which is where it might find itself sliding back downhill once again. That is the same committee that has shown disapproval of the bill in the past.