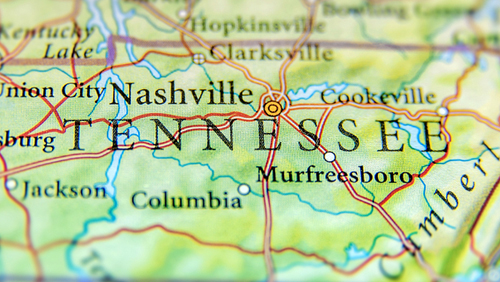 When the Supreme Court of the United States struck down the federal betting sports ban last year, all experts expected a torrent of state legislation to follow. Tennessee is proving them right, with a new proposed bill in the works.

LocalMemphis.com reports the Tennessee Sports Gaming Act will give local governments the right to decide if they want sports betting locations in their area. If approved, local communities could “then petition their local government with at least 10% of voters calling for a vote on legalizing betting in their area.”

The bill was put forward by State Representative Rick Staples, a Democrat. Unlike with recently proposed Texas casino bill, this one might actually achieve its goal, as Republican State Senator Brian Kelsey is working on his own version of the bill for the upper house.

In a statement to LocalMemphis, Kelsey said:

Just as with the Texas bill, the motivations for this one are to keep gambling revenues in state, and use some of the profits to fund public utilities. Rick Staples said, “Billions of dollars leave the state of Tennessee to our neighboring states with casino and table gambling. So, this is a new stream of revenue that the federal government is allowing the states to take advantage of.”

If the bill is passed and local communities vote to allow gambling in their neighborhoods, 40% of taxes collected from operations would go to a state fund, 30% to community and tech colleges, and the remaining 30% would be split between local schools in the community and infrastructure projects.

A gaming commission would also be established, which would work in conjunction with the Tennessee Bureau of Investigation, to regulate any sports betting operations that spring up.

Tennessee is a big state for sports, with three professional and dozens of college teams. With both the NFL and the NBA starting to cash in big in sports betting, it can only be expected that this new bill will be the start of a new revenue stream of the Volunteer State as well. Both bills will be discussed when the state congress meets again on January 8.

Tennessee could have sports gambling regs in place by February
Erik Gibbs
20 January 2020
.