Tennessee was only inches away from scoring a touchdown for sports gambling. All that was needed was for a strong running back to step up, blast through the middle and cross into the end zone. Unfortunately, just like legendary NFL cornerback Darrell Green, the defense swooped in from the outside and not only prevented the touchdown, but pushed the offense back a few yards. 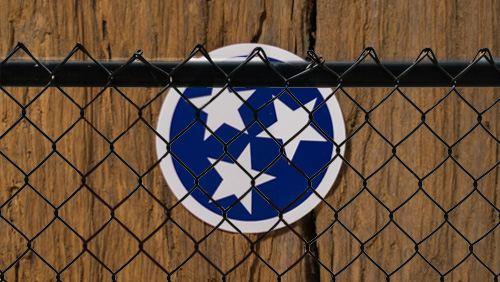 A bipartisan sports gambling bill that was sponsored by Representative Rick Staples has found serious resistance in the House State Committee. The bill, the first piece of legislation presented to the House this session, has also found its efforts blocked in the Senate, with the Senate version of the bill being ignored by the Senate Government Operations Committee (SGOC).

Staples had hoped he could bring online and brick-and-mortar sportsbooks to the state. He argues that Tennessee has lost about $3 billion to other states that have legalized sports gambling and his attempt to offer online wagers would give the state an advantage over its neighbors. Kentucky, Alabama, Arkansas, and Georgia do not offer online gambling and Staples removed an in-person betting provision for mobile wagering from the bill in order to attract bettors from those states.

One of the lawmakers who has now put up a defensive wall in front of the bill is Representative Jason Powell. He tried to add a number of amendments to the bill and, after not getting his way, apparently decided to pout. Powell had wanted to see the state’s four major cities be allowed to hold referendums on whether or not they wanted to permit physical gambling locations and also wanted to reduce the license fee from $750,000 to $75,000. Probably his most puzzling amendment would have prohibited betting on Sundays—only the biggest day in football.

Despite not being able to have his amendments added, Powell’s position garnered support from other lawmakers. Ultimately, this led to the decision by the SGOC to delay voting on the bill for another week.

The defensive line grew and now a number of lawmakers are standing between the offense and the end zone. Most of them try to use antiquated tactics in their movements, such as arguing that sports gambling would keep people out of church (did they forget about the separation of church and state?) and that allowing sports gambling would be like “peddling the equivalent of cocaine” (despite the fact that gambling is already occurring in the state and there is no evidence that legalization leads to gambling addiction).

Another lawmaker who stepped up after Powell raised his objections tries to argue that the bill doesn’t allocate enough money to tackle problem gambling. However, Powell was the one who wanted to lower the license fee to 10% of what was originally proposed.

It’s back to the virtual chalkboard to redesign the next offensive play, but there isn’t much time. The bill will go before the committee again next Tuesday.