Sports gambling in the US continues to gain traction

The U.S. Department of Justice (DOJ) be damned, sports gambling is going to continue to spread across the country. There are already eight states that have legalized the activity and several more are in line to give their approval this year. As much as Shelly and the DOJ try to prevent progress, states aren’t going to stand for the conspiracies. 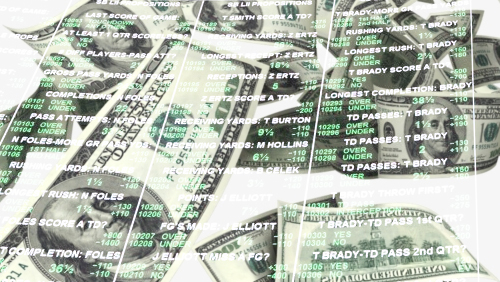 The South Dakota Senate State Affairs Committee approved a sports gambling bill yesterday by a vote of 5-4. It now has to go to the Senate floor for its approval and, if given, would be put on the ballot for voters next year. If all goes well, the gambling hub of Deadwood will also become the state’s sports betting hub.

In a statement to the Argus Leader news outlet, Deadwood Gaming Association Executive Director Mike Rodman stated, “We compete both with surrounding states and nationally, and need to provide our customers with those gaming products they ask for that other states are providing.”

Iowa is considering a trio of bills that look to regulate the sports gambling industry. One would allow the Iowa Lottery to oversee the industry, while another hopes to have control given to the Iowa Racing and Gaming Commission. The third, similar in most aspects to the others but more popular with professional sports leagues, seeks to introduce the controversial integrity fee and would force wagers to be graded based on official league data. Given that most of that data is based on team reports, those grades may be skewed.

William Hill is already poised to take Iowa’s sports gambling market by storm. It signed an agreement with the Prairie Meadows Racetrack & Casino last month and already has an agreement with Eldorado Resorts, which has facilities in the state.

Arizona is looking at a bill that would allow tribes to open betting kiosks in bars, even if they’re not located on tribal land. The bill’s creator, Senator Sonny Borrelli, says that both tribes and bars would benefit, adding in a statement to AZCentral.com, “This is a great way for the tribes to make some money, a great way for the state to make some money, and for the adult-beverage industry to also make money.”

Indiana is hoping to beach its riverboat casinos. A bill would allow riverboat casinos to become land-based casinos and also includes language that would cover sports gambling. If passed, sportsbooks could begin operation as early as January 1 of next year – just in time for Super Bowl LIV.

New Hampshire wants to see more than just retail shops that offer sports gambling. It wants mobile and Internet-based sports wagers possible. A bill that was introduced by Representative Tim Lang to allow the activity is expected to be heard by a legislative committee today.