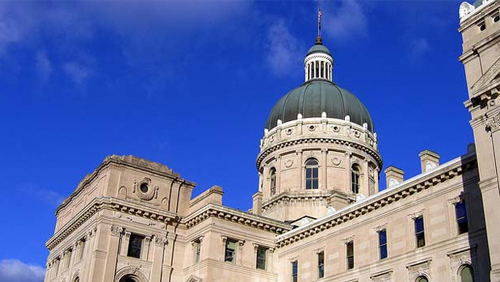 Indiana lawmakers have filed a bill for the legalization of sports betting, hoping to accept license applications by October.

A rate for mobile and online bets is not given in the bill. Unlike other states’ mobile betting provisions, the House bill doesn’t require prior in-person registration.

According to news outlet Sports Handle, State Senator Jon Ford, proponent of a similar bill, has pushed for a 6.75% tax rate on revenues, like in Nevada.

Licensees are allowed to operate beginning on January 1, 2020, after submitting an application to the Indiana Gaming Commission (IGC), with a fee of $75,000 for each facility where sports wagering will be conducted. In addition, a fee of $10,000 will be paid every year after.

The bill also allows operators to obtain data on sports events at their discretion, in determining “whether a wager is a winning wager.” This is in contrast to deals now commonly made between leagues and sportsbooks for access to official data.

Bets on high school and other amateur youth sporting events remain prohibited, as well as sports events not approved by the IGC.

Morrison estimates that taxes from the legislation will generate from $2.2 million to $13.3 million a year, beginning 2021, based on Nevada’s sports betting activities, as well as estimates of total legal and illegal sports betting in the country and Indiana’s current share of this.

$100,000 of tax revenues will go to mental health and addiction programs to prevent and treat incidence of compulsive gambling.

Unlike Morrison’s sports betting bill filed last year, the current bill has no “integrity fee” to be paid to leagues, supposedly to ensure fair play.

The bill has gone through first reading, and has been referred to the committee on public policy.

As early as last July, the IGC reportedly sought the services of market advisory firm Eilers & Krejcik Gaming LLC to determine the impact of sports betting in the state, in anticipation of legalization.